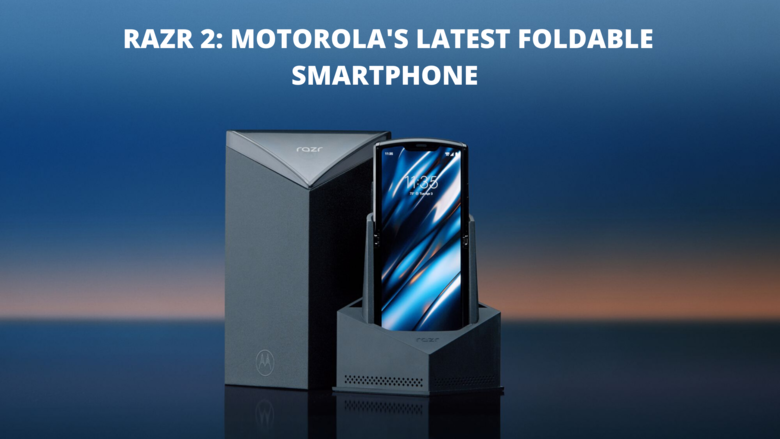 Motorola was one of the first leading companies in the smartphone market to announce the foldable smartphone segment by invigorating the once dead Razr phones. The next version of Motorola’s revived Razr flip smartphones will support 5G connectivity and boast a 48 megapixel camera with a 6.2 inch screen. The highly rumoured sequel to Motorola’s quintessential smartphone is anticipated to be released in North America in September 2020. In 2019, Motorola released Razr which was the first vertical foldable smartphone in the market. Eventually, the Razr went on sale in February 2020.

The Motorola Razr earned the reputation of being a slick and foldable smartphone but the durability was still a question mark. The new Moto Razr 2 is intended to solve the problems of the first installment of foldable Razr smartphones. Motorola made a great deal about the custom hinge design that bends the screen in a U-shape when closed. The new Razr smartphone has a 6.2-inch foldable screen and many people found the hardware a big fail for the price of $1500.

A Motorola trusted executive reaffirmed that a second generation Razr was coming soon and a different source suggested technical specifications. The new phone has a codename “Smith” with a model number XT2071-4. According to a leaked source, the second generation Razr phones will have a clamshell-style folder with a large internal OLED screen and a miniature display on the outside. The camera is supposed to get a big stimulus from 16MP primary and 5MP selfie camera to an astonishing 48MP and 20MP selfie camera. For the price of $1500, the existing Razr has a midrange Snapdragon 710 ARM chip which is a shortcoming from Motorola. However, Motorola Razr 2 will be equipped with 8GB of RAM and 256GB of storage along with a Snapdragon 765 chip.

The inclusion of a Snapdragon 765 chip means that 5G is on the cards for the Motorola Razr 2. Now, a 765 Snapdragon chip can do a millimeter-wave 5G but it is not as swift as the Snapdragon 865. Also, the biggest concern is the foldable display. It is not clear if the existing millimeter-wave antennas can fit in a folding smartphone like Motorola Razr 2. However, it will be able to support sub-6 GHz 5G signals using an integrated X52 modem.

Is it worth it?

We still remember the time in 2004 when Moto Razr was launched and due to the slick design and foldable screen it was an instant hit among tech-savvy youth. The previous generation Razr launched in 2019 had a disappointing battery life due to a 2,510mAh cell. This new Razr 2 will supposedly increase the size to 2,800mAh. That being said, 5G technology will also use up more power and hence it will be interesting to see.

Now, the source didn’t provide any information about pricing or carriers but looking at the trend of previous Motorola Razr phones, this new phone would also be an expensive phone. For a long time, foldable phones have been a lavish product and it will continue this tradition for some time.