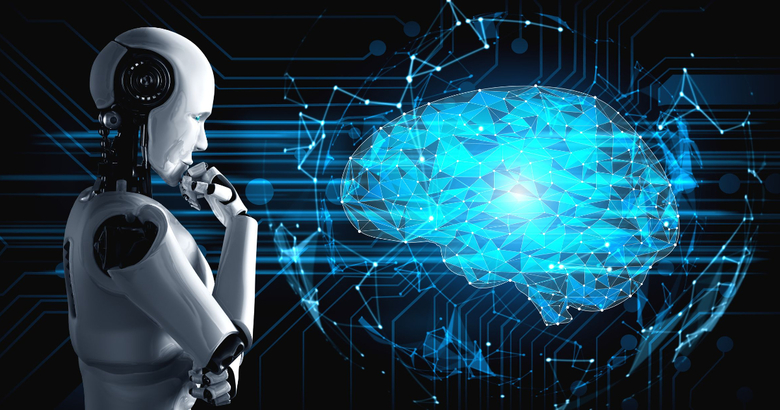 The AI industry has seen a wealth of innovations that have led to truly incredible technologies. Self-driving cars and automated machinery are just the beginning of what AI can accomplish for us in the modern era of technology, but what about the future?

For some time, researchers and roboticists have worked tirelessly to achieve the next level of AI computing through what is known as deep AI. And it’s much closer than you think as artificial intelligence software enables enormous competitive advantage to those businesses that deploy it.

The word “quantum” conjures up images of the atomic age. Nuclear weapons, nuclear energy, and esoteric theoretical physics. The quantum world, the world of the very small, operates nothing like our own. Time and space are erratic, pulses of energy communicate, teleport, and fade away.

Much ado about qubits

Is the bit zero or one? It’s not a thought experiment like Schrodinger’s Cat, but a veritable, practical application of quantum mechanics.

Quantum bits, or qubits as they are called, are several times more powerful than the bits, bytes (a collection of eight bits), and even petabytes (several billion bytes) of modern supercomputers. A ten-qubit computer can outdo any supercomputer on earth. And Google has just created a 54-qubit processor.

Amazingly, it works. Though there is one bum bit, bringing the impressive feat to 53 qubits. Currently, the supercomputer does little else than report the infamous phrase “hello world.” Still, the immensely powerful quantum computer works. Meaning the race for quantum supremacy is heating up faster than a supercomputer’s silicon thread.

While this incredible accomplishment, not all are impressed by Google’s claim. IBM, the declining computer giant, has rebuked Google’s claim, waiting for an official document that proves that the quantum processor is, in fact, a complete and functioning computer.

Deep AI also benefits heavily from the research that IBM conducts into the subject of advanced computing. The involvement of these massive companies should prove that quantum computing may be the next big craze and that would be great for AI.

Deep AI and quantum computers could take on complex issues:

Deep AI is already benefiting big data which is, in turn, helping the AI industry by providing massive data sets that need bots to manage them.

This flow of data and technology leads to a better big data industry that is filled with higher quality data and more useful information. The bots used to filter and retrieve the data also help to expand the greater application of AI in the mainstream.

Truly deep AI will need developers and innovators if it ever hopes to be fully realized. Luckily, companies like Google offer AI APIs that allow developers to create AI apps and technologies regardless of skill level. Google also offers neural nets to developers to expand the functionality of their AI and allow developers to build onto a serious AI project.

Then there are the open-source AI options, like Open AI, which allow developers around the world to develop great AI apps without sinking heavy costs. The open-source platform allows users to build AI engines together, making them more varied and accessible.

Deep AI is essentially the power of AI magnified to the nth degree by whatever processing power is available. The development of quantum computing, a marvel in its own right, has directly led to the increase in deep learning technologies. Quantum computing will allow developers and scientists to complete tasks and research in a fraction of the time it used to take with traditional automation systems.

Google’s 54-qubit processor is an example of a true future technology being recognised today. This processor would allow AI to find solutions and data so quickly that it would be difficult to comprehend. This revolution in processing speed would mean that an incredible amount of projects and technologies would finally be able to be produced.

Many of the technologies we envision for advanced AI are locked behind the concrete development of mass quantum computing. Deep AI isn’t far away because many of the largest developers today are already making great strides toward reaching the end goal of “true” AI.

AI is a revolutionary technology that has fundamentally changed the way we interact with businesses and each other. As a disruptive technology, AI has already reformed how the business approaches manufacturing, marketing, and customer service.

AI has also affected everything from video game logic to ad targeting. However, what many do not know, is that AI has been instrumental in restructuring the healthcare industry and opening it up to patients around the world.

There may be no better showcase of its usefulness than in the study of cancer research where AI has shown to be of incredible help to researchers. The amount of data about cancer and its various forms is extensive and overwhelming.

Companies went paperless, then serverless, now medical professionals are even deprived of recordkeeping. Everything is digital now. And, previous records are all digitized. Who’s doing all the work of uploading important medical data onto the cloud?

Data entry at this scale would be astonishingly intense. People would undoubtedly make mistakes and reach their threshold for repetitive menial work.

Telehealth may be the greatest disruptive force to grace the healthcare industry. Rural communities, underserved cities, and forgotten townships have already benefited from the cost-effective, long-distance healthcare platforms.

Telehealth would not be feasible without artificial intelligence. With AI, digital records are easily stored and analyzed, helping bring in new patients and monitor current ones. AI has also helped telehealth professionals quickly cross-reference medical literature to make certain that drug-drug interactions occurring in a patient are completely safe.

While some patients may prefer seeing a doctor face-to-face, getting the treatment plan you need can be achieved through telehealth. AI programs enable physicians to automatically schedule appointments, monitor patients, and refill subscriptions. If a patient utilizes wearable technology, they can even feed important health metrics into their telehealth platform, allowing doctors to get a fuller picture of your condition.

Telehealth platforms can even utilize apps like Symptomate that quickly analyze symptoms reported by a patient, backtesting hypotheses vis a vis diagnosis.

Deep learning techniques and automatic logging. We only have so much time and so many resources. Medical researchers aren’t an inexhaustible resource.

However, automated programs with machine learning protocols are. AI programs have helped rare disease research, genome mapping, and other neglected but necessary areas of medical research. Artificial intelligence has assisted in growing our knowledge base by simply eliminating much of the grunt work for us.

Combing through this gigantic amount of data takes researchers years and still, then it is difficult to come up with any solutions. This is where AI comes into play as it is used by researchers to quickly go through the troves of data and find logical patterns between sets of data. Finding these patterns are typically how medical professionals come up with treatment plans and viable solutions to the problems of their patients.

Cancer is such an aggressive disease that it often outpaces their research, but with AI, the data is analysed so quickly that viable treatments can be made. Promising results of AI-assisted research have also led to developments for other mutagenic illnesses such as viruses.

The Ebola vaccine was created with the help of medical AI technology. Outside of disease research, medical AI can be used in almost any medical situation. Treating those who suffer from chronic pain is often difficult but AI makes it easier for the caregivers and the patients by constantly providing reminders and assistance.

The same is true for tele-health which benefits tremendously from AI by allowing people all over the world to access healthcare.