What are the Expected Features of Upcoming Xiaomi 12 Pro Smartphone?

What are the Expected Features of Upcoming Xiaomi 12 Pro Smartphone? 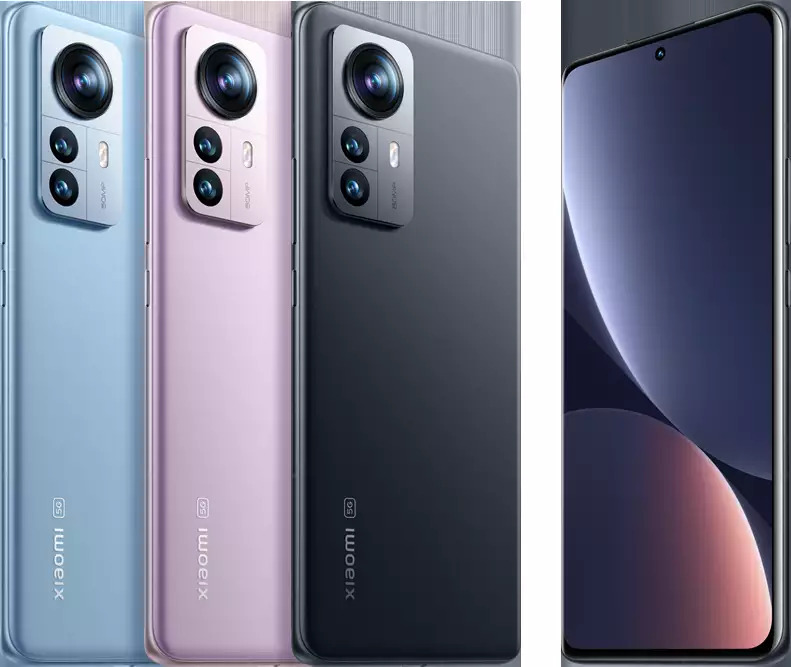 The Xiaomi 12 Pro was unveiled at a press conference in Delhi. This flagship phone will be available from May 2 for Rs 62,999. The Xiaomi OLED Vision, on the other hand, was a pleasant surprise. Apparently, the OLED Vision is a high-end television from the company, with a 4.6mm thin construction. OLED screens are often more expensive and are available from companies like Sony and LG.

Xiaomi’s 12 Pro made its debut in China a few weeks ago, and the company has no intention of delaying its launch in India. As a result, people throughout the country will be looking forward to the May 2 launch date. The Xiaomi 12 Pro has already created quite a stir with its features and photography skills.

The Xiaomi 12 pro features come with Wi-Fi 6 / Wi-Fi 6E, 5G, 4G LTE, and Bluetooth 5.2 connectivity is also available on the 12 Pro phones. Around the world, the phone will be available in Blue, Purple, and Gray color versions, and we may expect the same in India. The phone is 8.16mm thick and weighs 205 grams. An X-axis linear vibration motor, NFC, an in-display fingerprint scanner, and an IR blaster are among the other features. This device, however, lacks a headphone jack.

The Xiaomi 12 Pro is the series’ top-of-the-line phone that will be released in India. The Xiaomi 12X and 12 models, on the other hand, are likely to arrive in India a few weeks later. For the time being, the Xiaomi Pad 5 and the new Mi TV 5A will be released alongside the 12 Pro. This article will go through every detail of Xiaomi’s upcoming flagship phone.

The Xiaomi 12 series, which featured the Xiaomi 12, Xiaomi 12 Pro, and Xiaomi 12X, was announced by Xiaomi. The Xiaomi 12 Pro has a 6.73-inch touchscreen display with a resolution of 1,440×3,200 pixels. An octa-core Qualcomm Snapdragon 8 Gen 1 processor and 8 GB of RAM power the phone. It has a 4,600mAh battery and operates on Android OS. Wireless charging and proprietary fast charging are available on the phone.

One of the Xiaomi 12 pro features is that it has three 50 MP primary cameras. Two cameras have an f/1.9 aperture, and one with an f/2.2 aperture, making up the triple rear camera configuration on the Xiaomi 12 Pro. For selfies, it sports a single front-facing 32 MP camera with autofocus.

When is the expected date of launch for Xiaomi 12 Pro in India?

Xiaomi mi 12 pro release date is expected to be on May 2 in India. The business has set a 12:30 PM IST launch event, which will be live-streamed on Xiaomi India’s YouTube channel. Live updates will be provided on Twitter and Facebook for those who cannot see the action live.

The Xiaomi 12 Pro’s primary specifications and features are as follows:

The Xiaomi 12 Pro will get charged at a rate of 120W. It has a 4,600mAh battery, which charges to 100% in 18 minutes in Boost mode and 24 minutes in Standard mode. The phone also has 50W wireless turbocharging and 10W reverse wireless charging capabilities.

The Xiaomi 12 Pro will include three primary cameras, similar to the Mi 11 Ultra from last year. The kit includes a 50MP Sony IMX707 lens with an f/1.9 aperture and OIS. A 50MP ultra-wide angle lens with a 115-degree field of view and a 50MP telephoto lens with an f/1.948 aperture and a 48mm equivalent focal length are also included. In night mode, the Sony IMX707 can capture 120 percent more light and provide greater details. Another great thing about Xiaomi 12 pro features is ProFocus, which tracks motion and eye, Ultra Night mode, portrait HDR, long exposure, Pro mode, RAW mode, and more are among the camera’s features. The phone can record video in up to 8K at 24 frames per second.

The flagship phones also have a top-of-the-line display. On the front, there’s a 6.73-inch E5 AMOLED display with WQHD+ resolution (3200 x 1440 pixels), 522 ppi pixel density, 120Hz refresh rate, and LTPO. A touch sampling rate of up to 480Hz is also supported. DCI-P3 color gamut, JNCD≈0.43, HDR10+ and Dolby Vision content support, and 1500 nits of peak brightness are among the other screen capabilities. Corning Gorilla Glass Victus protects the display.

Other features and specifications to expect

The Xiaomi 12 Pro is equipped with a Snapdragon 8 Gen 1 SoC, as well as up to 12GB of RAM and 256GB of UFS 3.1 storage. The phone has a 32 MP in-display camera for selfies and video calls. In terms of software, MIUI 13 will be used, which is based on Android 12. The device includes a quad-speaker configuration as well as Dolby Atmos and Harman Kardon sound compatibility.

The 12 Pro phones also feature Wi-Fi 6 / Wi-Fi 6E, 5G, 4G LTE, and Bluetooth 5.2 connection. The phone will be available in Blue, Purple, and Gray color variants around the world, and we may expect the same in India. The phone is 8.16mm thick and 205 grams in weight. Other features include an X-axis linear vibration motor, NFC, an in-display fingerprint scanner, and an IR blaster. There should have been a headphone jack, but unfortunately, there is none.

These details about the price and Xiaomi 12 pro features will definitely give you an overview of this upcoming phone so that you can easily make buying decisions for this smartphone. The sale for this phone is starting on May 2 at 12 pm on Amazon. You can click on the link and keep your notification on to be the first buyer of Xiaomi 12 Pro.