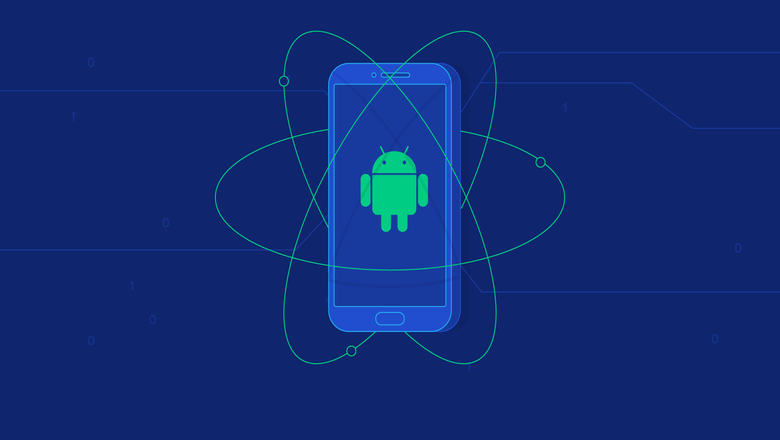 Android has a huge ecosystem apart from the mobile operating system. Since Android’s inception in 2008, Android has been getting major improvements with every new release year after year. Hence, why would you need to care about recently surfaced cross-platform frameworks? Well, Android has a wide range of features, customization and superior performance. But, it is quite tough to maintain a huge code for iOS and Android systems separately. This problem can be effectively solved by using the React Native framework.

What is the React Native framework?

React Native is a cross-platform mobile app development framework that allows you to develop native applications and doesn’t hamper your user experience. What is the best part? It is built on JavaScript and it simply combines the best parts of native app development with React (a JavaScript library for building user interfaces). React Native has grown in popularity since 2015 and it provides good opportunities for web developers. The react native platform solves the problems of native app development by maintaining a separate code for iOS and Android and so it enables you to maintain a single codebase for your applications. React Native has lightweight components and a wide number of businesses are now using this framework to build their mobile apps like Facebook, Instagram, Skype and more.

The largest competitors in the market are Google’s Flutter and native Android. But, there are various other alternatives that are worth looking into, like Ionic, Xamarin and Cordova. Interestingly, all these frameworks are developed on the base of one or more programming languages that the developers are familiar with and have been working on for a decade or so.

React Native is built on React framework and it is still popular among the developer community despite the introduction of frameworks like Ionic, Cordova and Xamarin.

Now, let us take a deeper look at the important features that make React Native a desirable and popular cross platform framework that is a fan favorite in the developer circle.

React Native is dependent on the fact that applications developed with the function like native apps. App developers have realised that the importance of React Native is because of its behavior, accessibility and usability & animations with UI screen, keyboard and more. It provides superior performance with basic native components, making sure there is a seamless integration of applications and outperforming native applications in more cases than before. Apart from JavaScript, it also empowers you to develop more robust applications.

React Native allows you to build mobile applications at a faster pace. Due to the support of an increasing community in the last few years, the open-source project provides various components that can be used locally. Due to this, app developers can experience a 40% shorter development time. Moreover, React Native takes care of both the iOS and Android platforms and hence it provides the ease of shared data and a single codebase for these platforms.

If you are a developer or a business owner, it is extremely crucial to focus on user experience. If your app’s user interface fails to deliver a superior user experience, your efforts would be wasted. Major app development companies tend to integrate the React Native framework to build an intriguing interface. Due to a persuasive interface, more users will appreciate and value your applications.

In 2021 and beyond, the diverse abilities of React Native framework will make way for future applications. It is easy for beginners, reduced development time and cost and reduced maintenance are some of the added advantages. These reasons compel us to state that React Native will be the future of mobile application development.

Compatible with other Platforms

In the early days, React Native was launched for iOS app development. But, soon Facebook understood that the exciting features and abilities can help in Android too. A number of APIs used in React Native are cross-platform. This enables developers to develop iOS and Android apps with the same codebase. Apart from that, offering platform-specific features and user experience is a bonus.

Live updates have significantly improved the life of app developers since its inception. They help to include integration of JavaScript which enables developers to push only the important updates to the app even during the development phase. This helps in reducing the development time to an extent and also allows to discard the need for app store updates. By doing so, users will be able to interact with the updated version of the application without worrying about the older versions. This allows a simple and straightforward experience with the React Native framework.

We have been developing applications for the last six years on various platforms like Android, native iOS, Flutter and React Native more recently, our most favourite platform has been React Native due to these reasons: