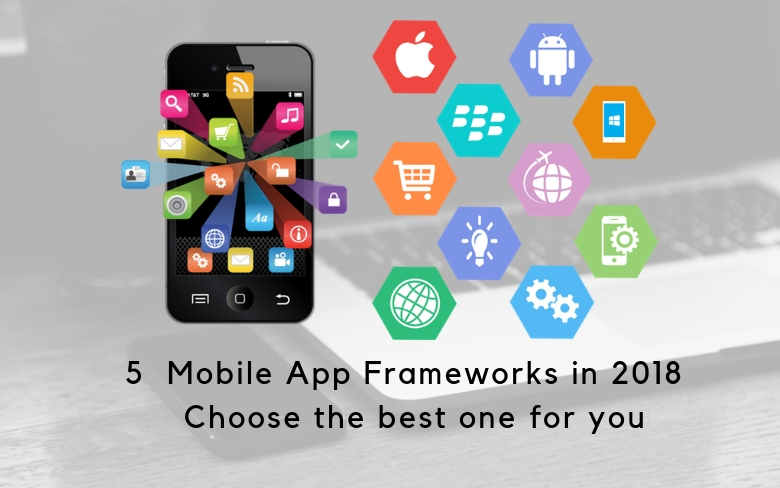 Some of those frameworks are native while the others are hybrid.

But a lot of this depends upon the kind of application you want to build, the kind of features you would want to include your app, the design and UI you want for your app, the functionality and the level of ease of use the app requires. There are several factors that come into play. Depending on your requirements you can choose one of the following frameworks.

We invite you to read again our article, Measure and Improve your Apps User Experience Using Google’s HEART Framework.

React Native is a very popular open-source platform. It is also called the future of hybrid app development. The framework is built using Javascript and it allows you to develop an app with the help of Javascript. React Native puts a lot of focus on the view part of the app. The framework is pretty fast, offers several plugins, and has a good response time.

React Native is a hybrid framework. So the apps built using React Native can work on both iOS and Android platform. It also offers reusable components and saves the precious time of developers working on the app. It utilizes less memory and at the same time, it is powerful. The code once is written can be reused easily.

Ionic is another very popular framework and one which is also highly preferred by developers for hybrid app development. Ionic is built using the HTML5 framework. The framework is designed with UI elements that are more native-style. Ionic is one of the best frameworks for building hybrid mobile apps.

Ionic offers some really rich and advanced features like typography, interactive paradigms, mobile components etc which help in making the job of developing an app easier. Ionic has components of AngularJS, CSS, HTML. Ionic is a framework that is easy to maintain and it also supports Angular material design. It is open-source, free, easy to read, and also the apps build using Ionic are easily scalable. The interesting thing about using Flutter for developing an app is that it doesn’t employ a WebView to furnish an app and neither it is not utilizing any native UI components. A 2D rendering engine called Sika is used by Flutter. It helps in developing visual components for the screen. Flutter also provides hot-reload functionality which allows you to test an app without restarting the app.

Ruby on Rails is a popular framework that is written using the Ruby language and is fulfilled on Linux. Developers are provided with a coding environment that is comfortable which also offers quick compilation and easy testing. The transition from back-end to the final stage is much smoother on Ruby on Rails.

Ruby on Rails offers plenty of third-party add-ons with users that are pretty well documented and also easy to use. Ruby on Rails is also compatible with all the major cloud-hosting services. Ruby on Rails has a giant community that provides tutorials, guides, videos etc. NativeScript is easily one of the most widely used frameworks. Telerik is a Bulgarian Progress Software company that supports NativeScript. It allows you to develop native Android and iOS applications which can be built using TeleScript, JavaScript, and other frameworks like Angular.

The APIs that are used to build NativeScript apps are similar to those of Android Studio and Xcode. Developers are constantly provided with tutorials and resources on the website of NativeScript.

The list of frameworks mentioned above is some of the most popular frameworks used by developers and app developers have been relying on them a lot and have built some of the best apps for both iOS and Android apps.