Future of Warehouse Management with Automated Robotics in 2022

Future of Warehouse Management with Automated Robotics in 2022 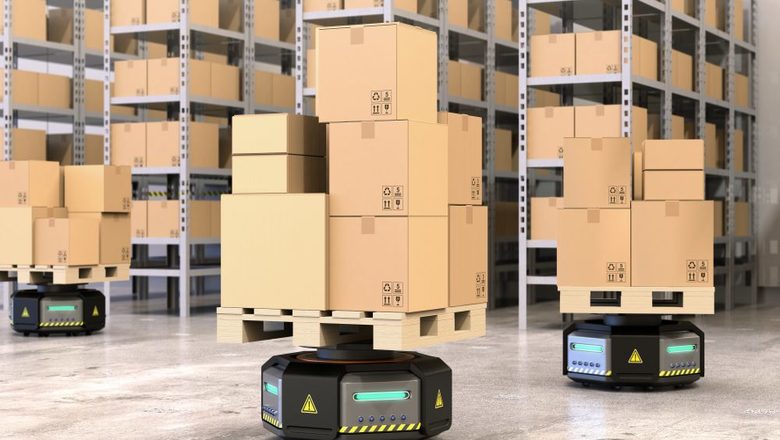 The Robotics Industry has seen rapid growth due to technological advancements in the last few years. Prior to that, the interaction between humans and machines was dull and minimal. Though, recent developments have proved that a world run by robots can be promising. So, robots can now verbally communicate, help the user, and also save lives. This has allowed people to treat robots more like humans with each passing day.

Businesses are now taking steps to make good use of robots in diverse applications. For example, MIT has launched a robotic fish called SoFi to help save the ocean. On the other hand, NASA is sending a swarm of robots to Mars. With the advent of electronics and improved programming, robotics clearly has a bright future ahead.

Imagine, you have a warehouse storing and selling paper. Your warehouse labor costs can be reduced by up to 70 percent. The warehouse can operate during the day and night at the same cost. Your inventory counts are updated on a daily basis. It is possible today and companies have processes that can be automated.

History of Robots in the Workplace

The very first instance of robots in the supply chain was used in manufacturing. George Devol became the first person to file a robotics patent in 1954. His brand, Unimation, developed the first robot in 1956. The robot was able to move products to about a dozen feet.

General Motors was the first company to install a robot in a plan in New Jersey in 1962. For quite some time, robots were just used in manufacturing as they were not safe to work with humans. The initial robots were simply robotic arms that could move depending on programming. The idea was that people would not like robots taking up human jobs. Due to this, they thought of shifting only dangerous jobs to robots. It was a successful strategy and robotic technology was adopted in dangerous situations like welding and lifting heavy machines.

Why is Robotic Automation soaring in Warehouses?

Robotics engineers have toiled hard in the last couple of decades to work on technological advancements. These include Artificial Intelligence (AI) and the Internet of Things (IoT), with automated robotic technology. Businesses that have warehouses in their supply chain love using robotic automation. During the initial introduction of robots in the supply chain, there was a dearth of knowledge to enable them to study their environment. Along with visual and audio sensors, warehouse robots can be installed with thermal and haptic sensors. Thermal sensors calculate the temperature on a surface. Whereas, haptic sensors enable robots to sense touch. When linked with AI and machine learning, the data from these sensors enable robots to make decisions depending on input from their environment. Hire a supply chain app development agency to build an embedded warehouse management software. Information can be transferred seamlessly between the sales and distribution channels along with the packing and shipping. An efficient system needs accurate data to keep things moving without any issues.

Most robots these days come with Warehouse Management Software, as they are a part of the entire system. Though most robots can be seamlessly integrated into your warehouse, you will still require a precise data feed to get the most out of your robot. As discussed above, AI enables robots to make decisions based on data. However, inaccurate data can result in terrible decisions.

What type of Robots can work in your Warehouse?

Automated Guided Vehicles and carts help transport inventory around your warehouse. They generally follow magnetic stripes or an inbuilt track in your warehouse. The AGVs that do not follow a track come with extra safety features that enable them to be used with manual vehicles. These vehicles also include a map of your warehouse along with inventory location.

2XL is a logistics company based in Belgium that uses AGVs to enhance its warehouse efficiency. The company did a great job shifting its model to improve its security and stability. They had a really large warehouse and hence workers spent most of their time moving from one location to the next. 2XL decided to shift that work to robotic technology.

Apart from the time saved by workers, the company found that they were able to work 24×7. The AGVs also work during the nights and weekends at the same cost. It helps in improving efficiency and reducing their operating costs. Moreover, it takes only eight minutes to recharge the AGVs. This means the robot downtime was extremely small which helped increase productivity. Due to increased productivity and low downtime, AGVs paid for themselves within a year of installation. Autonomous Mobile Robots (AMRs) are similar to AGVs because they use sensors to deliver materials around the warehouse. But, unlike AGVs, autonomous robots do not need a set track or route between two locations. AMRs study their surroundings with the help of computers, onboard sensors and maps.

These compact robots can identify the information on each package and sort it accordingly. AMRs can move swiftly within the warehouse creating their own routes depending on the required operation. The robots also reroute when necessary and prevent obstacles in their surroundings. These AMRs provide efficiency, accuracy and security during the sorting process.

The AMRs also help to reduce the sorting process so workers can focus on creative tasks. Humans are susceptible to error when they feel that the job is repetitive or boring. On the other hand, robots can do the same task again and again with maximum accuracy. This will increase inventory efficiency and take it to the next level. Moreover, AMRs can also be used to conduct daily/weekly inventory checks.

Counting robots like a TagSurveyor can efficiently scan items from up to 25 feet away with the help of RFID sensors and scanners. Due to this, your warehouse can know its inventory count on a daily/weekly/monthly basis. This will prevent inventory theft in your company along with increased accuracy of data.

Chinese companies have some of the largest warehouses in the world due to their fast-growing economy. Their hunger for speed and accuracy made way for autonomous mobile robots. AMRs can sort more than 18,000 packets an hour and reduce labor costs by more than 60 percent.

Aerial drones have been in the news since 2013 when Jeff Bezos introduced the concept of the Amazon “Octocopter”. It would deliver packages straight to the customers’ doorsteps using drones. Though that idea is still under wraps, drones have the increasing potential for the logistics industry.

Drones can swiftly scan locations for automated inventory and help with warehouse optimization. They can be integrated into your WMS to access your current inventory information.

Aerial drones do not require markers for navigation. They use optical systems along with deep learning and computer vision to create their own route. Interestingly, they do not take up valuable space in your warehouse and are not likely to get in the way of workers.

Drones can move quickly to inaccessible places too. They can scan packets both high and low better and faster than a human. Today, most drones are augmented robots, controlled by an operator on mobile devices. But, the aim is for aerial drone tech that is autonomous and accurate.

Automated Storage and Retrieval Systems is a technology that offers inventory in and out of storage. It is generally linked with warehouse software that directs the operations. AS/RSs comes in multiple forms based on the type of tasks, the system required, or the goods that it will be handling. Now, there are aisle climbing robots that can retrieve customer orders.

Order picking is a crucial process and it can take up to 50 percent of your warehouse labour cost. By reducing the labor and time required, workers can focus on complicated processes like packaging and posting goods. Alibaba showed the world why AS/RS is useful at their warehouse in China. By simply using 60 robots, they reduced warehouse labor costs by 70 percent. The robots work on Wi-Fi to bring inventory to workers to package and ship it. Due to this, their operations increased and their output tripled in a short period of time.

The enhancement in technology and the fierce competition in business means that companies need to focus on utilizing their resources efficiently. Warehouses can benefit from robotics due to increased productivity, accuracy and reduced costs. Technology tends to improve efficiency and robotics can be utilized for specific operations. Efficiently including robots to your operation means that you can increase profits, provide better customer service and maintain a safe working environment. Where are your current warehouse bottlenecks? Do you fail to manage your warehouse inventory? Well, robotics can be the answer to these questions. Let us know your thoughts.