What will be the role of self-driving cars in the near future?

Reading Time: 9 minutes
The Daily Blog Point / Technology  / What will be the role of self-driving cars in the near future?
0

What will be the role of self-driving cars in the near future? 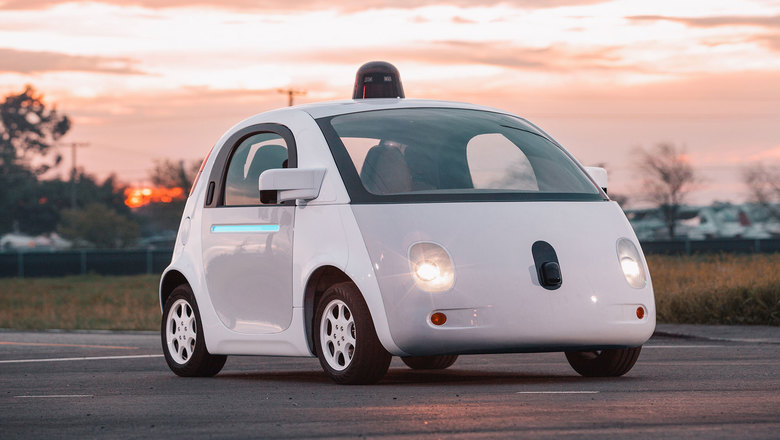 Technology enthusiasts and experts would agree that driverless cars are the future. With the latest advances in technology, only a few people would be brave enough to say that self-driving cars will reduce the number of road accidents. According to research, the number of deaths from road accidents could be decreased by more than 90 per cent by 2050 due to self-driving cars. But, this is not the only impact self-driving cars will have on our future. Cars and automobiles are an integral part of our daily lives in general. Self-driving cars are set to revolutionize the automobile industry. The more recent cars have automated features for tasks like parking and collision avoidance, and auto manufacturers are working hard to offer vehicles that are capable of advanced navigation without any input from a human.

Automated driving systems (ADS) for cars, trucks, and vans are set to offer new changes and enhancements. Here’s a look at what the future might look like, some of the major roadblocks facing driverless technology progression, and what will be the role of self-driving cars in the future.

How do self-driving cars work?

Automobile manufacturers have been working on prototypes of self-driving cars for years now. The main idea behind these cars is simple: use cameras all over the car to track the objects around it and have the car react if it is about to ram into one.

It is a lot more complicated than it sounds. Driving is a complex activity humans do on a daily basis. Simply following the rules of the road is not enough to drive as good as humans. This is because humans are intelligent, make eye contact to confirm, react to weather conditions, and make judgement calls that are difficult to manage.

Even the more simple parts of driving like tracking objects around the car are quite trickier than they sound. For instance, Google’s sister company Waymo, the industry leader in self-driving cars, uses high-resolution cameras and lidar to estimate distances to objects by bouncing light and sound from things.

The computers merge all this information to build a picture of where the other vehicles and pedestrians are moving. To ensure this, tonnes of training data is required and the car has to draw on millions of miles of driving data to build expectations about how other vehicles move. However, engineers need to make sure that their AI systems will generalize correctly to offer the data to the real world.

Why is it taking longer to see self-driving cars on the road?

Self-driving cars depend on artificial intelligence to work and the last decade was great for AI. There were loads of advancements in translation, speech generation, computer vision and object recognition and game playing. AI used to have a difficult time recognizing cats in pictures.

When it comes to self-driving cars, the constraints are significantly visible. After spending a huge amount of time, money and effort, no team could figure out how to have AI solve a real problem like navigating roads with a high degree of reliability.

A major problem is the necessity of a large amount of training data. The main way to train a self-driving car would be to display billions of hours of footage of real driving and use that to teach the computer good driving skills. Recent machine learning systems do well when they have access to abundant data, and don’t work well when they have a lack of information. However, data collection for self-driving cars is expensive. Waymo cars can already be seen on the streets of Arizona and hopefully will be seen in other parts of the country.

Impact of self-driving cars on the environment

Some enthusiasts claim that self-driving cars will be good for the environment. The idea is that it might reduce car trips by making car ownership unnecessary and transitioning society to a model where most people do not own a car and just call for one when required.

Apart from that, some people argue that human drivers do a lot of things which could be avoided, like braking hard, honking, accelerating hard etc. However, as self-driving cars have come a long way, most of these benefits look less likely.

There is a lack of evidence that self-driving cars are significantly more fuel-efficient than human drivers. There is a small study showing that adaptive cruise control enhances efficiency by 5 to 7 per cent. Moreover, researchers have found that the effects of more fuel-efficient cars on the number of miles travelled and figure that higher fuel efficiency does not mean that they produce lower emissions.

Why do we need self-driving cars?

The above points might inflict some doubts, but there are lots of reasons to be excited about self-driving cars. They will definitely make life easier for the older generation and users with disabilities who cannot safely drive. They might offer safer and cheaper options for people forced to buy a car for daily needs. Further research and development will ensure better safety and once the issues are resolved, it is possible that self-driving cars will be safer than the current cars.

In a way, we are in a transition phase where we want self-driving cars but only if it is significantly better than current cars. Self-driving cars will definitely be a gold mine for the first movers. It might be dangerous in the initial few years and people might be susceptible to buy but it will improve eventually.

The World with self-driving cars

Automobile manufacturers continue to invest despite the setbacks as self-driving cars will change the world and make a lot of money for their business. Many users would look to upgrade. Self-driving cars would also make a major difference for users with disabilities. Since most of these users can not get a driver’s license and have issues getting to work or doctor’s appointments.

Some tech experts do not agree that self-driving cars will change anything fundamental about car ownership in the near future. Some people argue that people would not need to own a car if they can order on their phone and get a timely robot ride. Others have pointed out that people typically own a car even in areas with good ride-share coverage and the self-driving cars might not be different.

When are we getting self-driving cars?

We have been close to self-driving cars for years now. Waymo has started doing test runs in 2017 in Arizona. In early 2021, Cruise revealed a self-driving car and no timetable when it will be available for the general public.

It is actually difficult to get a good estimate of how long it will take to launch self-driving cars. The companies brag about their progress but do not publish their mishaps. Timelines change, and the shift in plans is publicly acknowledged after it is obvious that the deadline cannot be met. Self-driving cars are on their way and they are closer than they were in 2020.

After going through all the above points, we feel that self-driving cars are being developed for a few reasons. The main aim is to remove the possibility of human errors on the roads and to enhance road safety. Driverless cars will also significantly increase transportation effectiveness, as they do not need to be parked so they can constantly be in use by society. What do you think about the practicality of self-driving cars? When do you think we will see self-driving cars on the road? Let us know in the comments below.