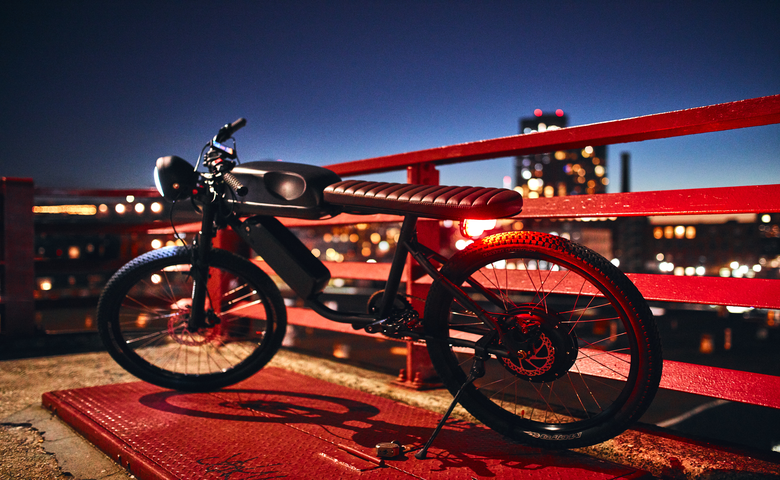 In 2020, we have been working on a lot of electric bikes and bikes with an impeccable design. Two weeks ago, we published an article on Gogoro’s Eeyo 1s which is a carbon fibre bike for the future. Now, we have come up with the Titan R2, a stylish electric bike from Tempus. In 2016, we covered the initial offering from Tempus – Titan R.

In the last six years, we have seen Tempus evolve and they have recently started a kickstarter campaign for the new Titan R2. Tempus started with the concept to change people’s perception of bike designs and they have done a commendable job with Titan R2. The Titan series bikes are proudly made for the future with a vintage motorcycle look.

The team behind Tempus Electric Bikes

Tempus Electric was launched in 2014 by Ikenna Ofoha, an 18 year old genius with an idea to change the world. Growing up with a love for electronics, metals and design he saw the vision to share the thrill of electric bikes around the world. When inspiration met design, the mighty “Titan” was born. The Titan series is not your typical electric bike, it takes inspiration of a retro motorcycle with combined technology to drive into the future. In 2017, the Tempus team started their first Kickstarter campaign which paved the way for a successful run. Now, after 6 years of experience, rave customer reviews and hunger to conquer the world they are excited to launch a kickstarter campaign for Titan R2.

Why should you buy the Titan R2?

There are many reasons why you should buy the Titan R2 and a vintage design is a primary factor. The Titan R2 is made with aircraft grade Chromoly steel frame, hydraulic disc brakes and tough front and rear suspension. It has a range of 40Km without pedalling and 70+km with moderate pedalling. You get a 4Ah battery which charges the bike in 3-4 hours. The maximum speed you can attain is 45Km/hr or 28mph which is perfect if you commute to the city for work or university. When you ride the Titan R2, there is no need for a license in most cases as the max speed is 45/km/hr and while peddling it will be much less and hence classified as your routine electric bike. Additionally, it has an excellent lithium ion battery which can last you 600 charge cycles or 35,000+ Kms before replacing the battery. Also, there is no need for constant maintenance and you can go for a routine maintenance check every four months as advised by Tempus.

Tempus launched a crowdfunding campaign during which they will offer pre-orders on their bike at a discounted price of $2250 USD or $3000 CAD. Additionally, Tempus offers a five year warranty on frames and a six month warranty on non wearable parts like battery, motor, LCD and the controller.

Tempus bikes have been off beat and much ahead than other e-bikes available in the market. The Titan R2 is for urban men who focuses on usability and style to a great extent. If you are looking to buy an electric bike, you should definitely consider Titan R2 for its unmatchable aesthetics and ease of use.