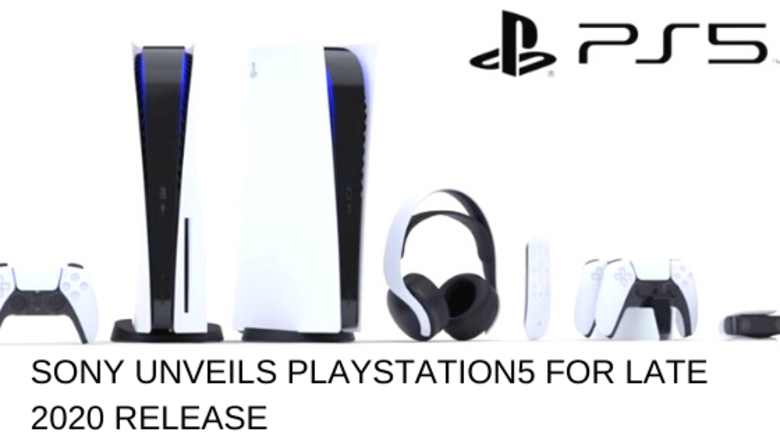 This week Sony finally confirmed what the PlayStation 5 would look like. With PS5 console, it also unveiled the most awaited trailers of games to be launched with the new PS5 console. The PlayStation 5 gaming console has a suave white and black design. It will also include a new DualSense controller in the box. The event was earlier rescheduled due to the outcry taking place across the United States after the death of George Floyd.

The latest PlayStation gaming console will be released in two versions, one is the classic edition that comes with an Ultra HD blu-ray disc drive while the second is a digital variant which is not included with an optical disc drive. This stylish new PS5 is a vertical console, just like Microsoft’s Xbox Series X whereas the second variant looks considerably slimmer than the classic editions all thanks to the removal of the optical drive.

You must be wondering that if the new PS5 comes without a drive, it must be cheaper right?  Well, Sony is playing it smart at the moment due to the COVID-19 crisis and has refrained from releasing the price just yet. However, there is a strong indication that digital edition (due to lack of optical drive) will be cheaper than the classic edition and it also gives us an indication of a digital ecosystem Sony is about to create and the future of gaming.

Sony has also given a list of accessories with PlayStation 5 console, which includes a DualSense charging station, a new high definition camera, a Pulse 3D wireless headgear and a media remote. Just like the PlayStation 5 pricing, Sony has left us wondering about the price of the accessories too. However, the accessories are supposed to be released along with the PS5 gaming consoles.

Just like Microsoft, Sony too has been gradually establishing more information about the next generation PS5 in coming months. The gaming console is supposedly coming to the stores just in time for the holidays in late 2020. The PS5 console is operated on an eight core AMD Zen 2 central processing unit and a customer AMD RDNA 2 based GPU. Sony revealed the PS5 specs in March and the custom AMD chips will supply 10.28 TF of power. This will be in accordance with variable frequencies on the GPU and CPU. Faster loading times is a necessity for gaming and hence Sony is using a proprietary SSD solution to pump up the load times for games on the new PS5 consoles. This new SSD will be able to provide 825 gigabytes of storage space and 5.5 gigabytes/sec performance with finesse.

Sony’s Plan for Release and Pricing

On April 7th, Sony announced the PS5’s DualSense controller which features haptic feedback and adaptive triggers. There is also a novel create button to share gameplay content with your buddies. Just like the previous DualShock controllers, the D pad and buttons will stay on top half of the DualSense controller followed by two analog sticks at the bottom. The DualSense controller also has a center mounted touchpad and a revamped light bar that sits on each side of the touchpad.

There is good news for PS4 users too, the new PS5 console will support more than 4,000 PS4 existing titles. In the event this week, Sony also mentioned some of the games to be launched on PS5 like Spider-Man Miles Morales, GTA5, Resident Evil Village and many more.

Sony has advised that the release date of the PS5 is due in the holiday season of 2020.  As we have seen the design and specifications now, can we skip to the end of 2020 to get a hands on experience of this beauty? We will do a write up about the price and games to be released on the PS5 in detail in the later part of 2020.