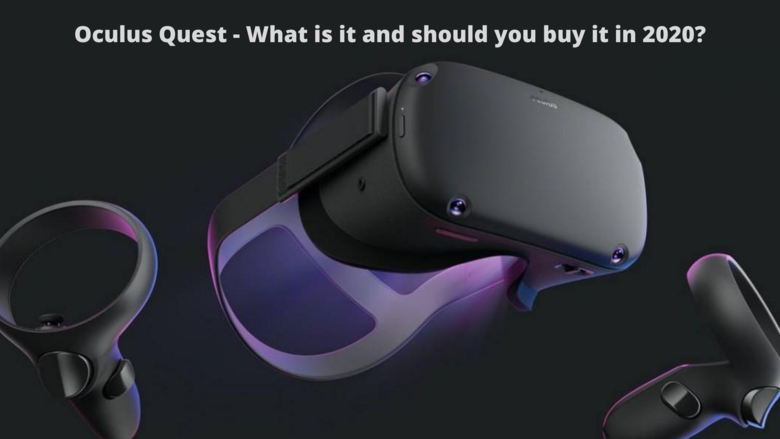 In the last few years, Virtual Reality felt like a new kid on the block but never really made its mark despite having the potential. In the past we have done a write up on Oculus Go VR headgear which was and still is the most affordable VR headgear. You must be wondering why we are doing a write up on Oculus Quest now, a year after its launch? Let me explain, when Oculus Quest was launched last year, it hardly had any quality games and was short on features. Now, there are tons of games and experiences to choose from. Additionally, due to monthly updates you can have some awesome features like controller-free hand tracking or connecting it to a gaming PC. This beauty can now let you play your favorite game: Half-Life Alyx.

For folks who don’t know about the gibberish I’m talking about in the section above, the Quest is the first freestanding device which tracks in six degrees of freedom (6DOF) without a computer. After years, it feels as if Virtual Reality has arrived and is here to stay.

The Quest headset weighs about 560grams including a stunning 3648mAh lithium ion battery. It gives you roughly 2 to 3 hours of play time but there’s a catch. With the Quest, you get external speakers (not that great) but headphones take the experience to another level altogether. There are two headphone jacks on each side of the headset and a USB-C port which can be used for charging and transfer of data to/and from your laptop/PC. Additionally, it comes with a physical power button and a volume rocker along with a slider at the bottom to control the distance between lenses. Plus point, it comes with a spacer if you are someone who wears glasses.

The VR device runs on a Qualcomm Snapdragon 835, so while it’s not the best in terms of speed yet it will enable you to play some games effortlessly. There are two variants, one has 4GB RAM and 64GB storage at $399 and 4GB RAM and 128GB storage at $499. Moreover, it has an OLED display with a resolution of 1440 x 1600 pixels and fast refresh rate of 72Hz. It is notable that this is fairly good by VR standards but not at the top of the pack.

What is Oculus Link?

Oculus Link is a banner feature which has been added recently, it allows you to connect the Quest to your PC and then it transforms into an Oculus Rift S headset which will let you play all high-end games on the Quest store. The drawback is that you need a powerful gaming computer to do this because these apps are very GPU intensive. It is best to check out the list of GPUs certified to work with Oculus Link for a better user experience.

The new Quest is priced at $399 for 4GB RAM and 64GB storage and $499 for 4GB RAM and 128GB storage. Now, there are two main issues with these models. One is the chin strap on the device is not that comfortable after long usage and you can get chapped skin. You can get a silicone cover for $12 to solve this problem.The second issue is about the battery which gives you two to three hours of play time. Now, you can get a $60 external battery (10000 mAh) which will give an effective playtime of 6 to 8 hours easily. The Quest is available to buy in store and online on all major platforms like Amazon, Best Buy etc.

Is Oculus Quest worth it?

We have mentioned all the pros and cons of the Quest above. It is really handy when you have $400-500 spare as you can compare it to a gaming system or playstation which more people can play at the same time. The tough question is, should you purchase the Quest or wait until the new version comes out. According to rumours, the Quest 2 may be announced soon and we will update it on this article or come up with a new article based on a comparison between Quest and Quest 2.