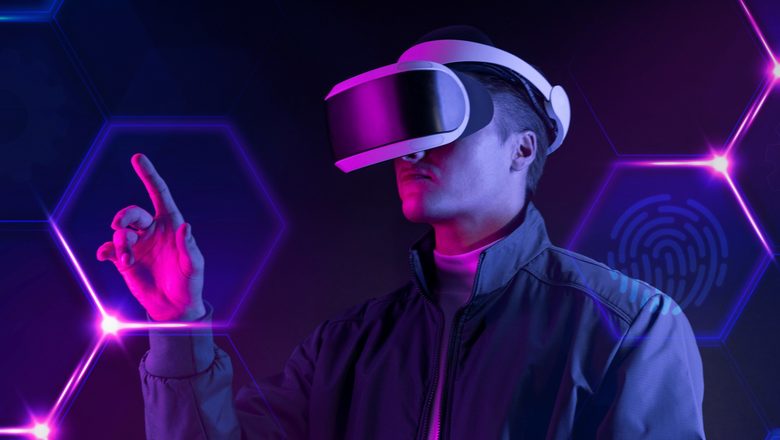 Metaverse is a trending catchword to capture the tech industry’s imagination so that one of the most popular internet brands is rebranding to endorse the novel idea. CEO Mark Zuckerberg introduced Meta which incorporates their apps and technologies under a single brand. The internet giant’s goal is to bring metaverse to life and help users connect, be a part of the community and grow businesses. Metaverse will reflect a hybrid of digital social experiences being charted into three dimensions or projected in the physical world. It will allow you to share immersive experiences with other people even when you cannot be together and do things together which is not possible in the physical world. In this post, we will throw some light on Facebook’s rebranding to Meta and how it will affect users like us. Facebook CEO Mark Zuckerberg introduced an image of everything virtual where you can attend work meetings as an avatar using the VR headset and use a smart device on your wrists to check texts. As you go outside, you will wear smart glasses that provide augmented reality along with recording the things you see and hear. The metaverse can be accessed using smartphones, PC, wearable devices, and headsets at the place where you work, shop, work out and more.

The term metaverse is quite dated and is made up of “meta” which means behind or beyond and “verse” is taken from the word “universe”. It actually describes a particular sphere or area or a fictional world, a specific universe literary genre known to establish characters into alphas, betas, and omegas. The word metaverse means a virtual universe that is beyond or is an extension of the physical world around us.

People have been trying to build an immersive virtual world for decades in the form of films and video games. A prime example of this is the popular game Second Life, an alt-reality computer game where you play using an avatar and could do anything like get a job, build a house etc.

Facebook is not the first major tech giant to change its name after the horizon expansion. In 2015, Google reorganized itself under the company name Alphabet to send a message that it is no longer just a search engine. Under Alphabet, Google expanded its horizon to work on driverless cars and health technology etc. Apart from that, Snapchat rebranded to Snap Inc. in 2016 and started calling itself a “camera company” as they launched the first pair of Spectacles camera glasses.

Mark Zuckerberg is of the opinion that most people will spend a lot of time on the 3D version of the internet in the coming years. In the metaverse, avatars will allow floating in space. The type of avatars are photorealistic avatars, fantasy avatars and more. A genuine feeling of presence will be a major quality of the metaverse.

He also confirmed that the crypto technology and non-fungible tokens (NFTs) will play a key role in the future. The metaverse will allow users to invite their friends and family into the virtual world. In an alternate universe, it is similar to clicking links on the world wide web.

Users can project themselves as holograms in the physical world. The company also announced AR and VR updates. For example, people can call their friends on Messenger using the VR headset, and also invite them to Horizon home, which is the social media equivalent of their home. When you wear a Quest Headset, Horizon Home is the first thing that you will see.

Horizon Worlds will enable the user to develop worlds and dive into them. It will be possible for users to organize virtual parties and interact with artists.  Similarly, Horizon workrooms will enable multiple layers of communication in virtual reality.

There are tools in the metaverse with which you can place digital objects in the real world. Moreover, the Horizon Marketplace is the place where you can create and sell 3-D digital items to expand the Metaverse economy. Developers and creators can make a decent living on the metaverse. The company also confirmed that they will develop a good AR and VR ecosystem.

It is possible to play games like chess, tennis and more with anyone around the world. It is interesting to note that Vertigo Games, the company behind the famous game Arizona Sunshine, is also coming to the metaverse. Moreover, games like Beat Saber, Grand Theft Auto, Blade, Sorcery Nomad, Population One, and Battle Royale games will be available on Quest. One can also enjoy a complete integrated experience during workouts on the metaverse.

It is possible to learn anything in the world through the metaverse with an integrated approach and active communities ready to assist each other. Learners can teleport themselves to any part of the world, even to ancient realms. Students of medicine can practice how to use instruments in a practical way. Facebook plans to merge the advantages of metaverse with digital learning platforms like Coursera and EdX.

The Presence platform of the metaverse will allow developers to create mixed reality in Quest 2. Spark AR is the software which assists creators to build experiences like co-existing in the virtual and real worlds. Facebook also roped in Polar, a mobile application to create AR filters. Meta will work on display technology too with pancake optics.

The metaverse allows users to create the perfect work setup. They can work from anywhere wearing comfortable clothes, and can still be available in the office virtually when they are at home in reality. Moreover, working in the metaverse will decrease travelling requirements. Reduced traffic and flights will be good for the environment.

The metaverse is going to be a major thing in the near future and we think it will shape the technology landscape forever. No doubt, it will be a major factor in Facebook’s career too. The issue is that Facebook has been promoting metaverse extensively in the last few weeks and it is still not understood by most people. It will take some time till people accept the metaverse and dive into the future. What do you think about Metaverse? Are you as excited about Metaverse as we are? Share your thoughts in the comments below.