CES 2021: What will be the future of laptop technology?

Reading Time: 11 minutes
The Daily Blog Point / Technology  / CES 2021: What will be the future of laptop technology?
0

CES 2021: What will be the future of laptop technology? 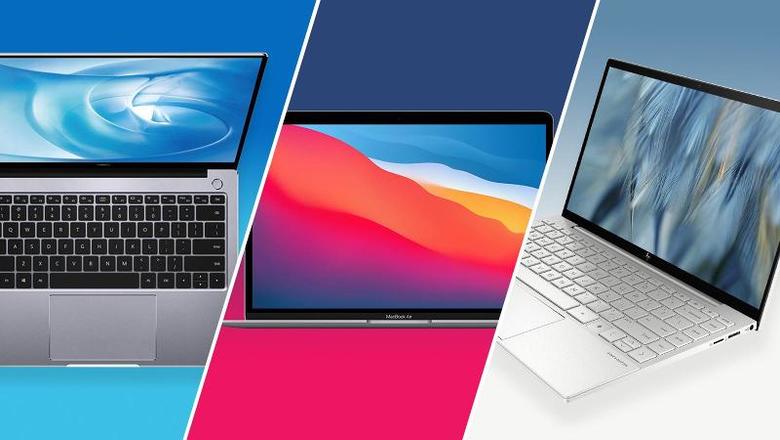 The events of 2020 were exceptional due to the COVID-19 pandemic which changed everything from the way we socialise to the way we work and learn. Now, the majority of the population working and learning from home, the laptop has become a vital part of being connected. Due to that, manufacturers have had to embrace this change and all the challenges that come with it. Owing to that, 2021’s CES (Consumer Electronics Show) was a mixed bag of exciting products. There were some clear winners in the laptops category which were powered by the latest silicon technology from Intel and AMD.

This new technology will have to face tough competition from Apple’s latest M1 chip along with its ARM-based MacBook Pros which are slated to release this fall. In this article, we will discuss the changing trends in laptops that were showcased at the CES 2021.

How changing technologies can retain the legacy of laptops in future?

In the last year and a half, there was a significant increase in people shifting to platforms like gaming and learning which boosted the growth in the market. At last, 2020 has expedited innovation across the technology industry and there will be major advancements in everything from video conferencing to collaboration tools to laptops and PCs.

Since 2020, users have been focusing on features like long battery life, portability and ease of connectivity when choosing a new laptop. The dual-screen technology has been high in demand due to the increase in influencers and content creators on social media like Instagram and Snapchat. Users are definitely looking for flexible and adaptable hardware to balance their use of work and fun time at home. This was reflected in the CES 2021 as users got a wide range of laptops and PCs to choose from.

It was interesting to see the rise in dual-purpose laptops and major manufacturers have taken this into consideration. Gamers are especially looking for graphics-intensive solutions to handle video editing and production. On the other hand, creators who use video and image editing software feel that the gaming laptops meet their requirements. It is the same with commercial laptops too where the focus on image and video quality has been increasing in the past few years along with noise cancellation and improved speakers for better video conferencing.

It is safe to say that this is the most promising and challenging time to be a part of the laptop industry. As businesses come down to their preferred method of working and users think about the future upgrades in their homes, we will witness a sharp growth in the laptop market. It will be really interesting to see new trends flourishing and at the same time retaining the charm of laptops.

Let us now dig deeper into the expected laptop technology trends of 2021 and beyond.

In 2020, Nvidia first launched its 30-series GPUs which completely transformed laptop performance and reduced the price at the same time. But, these full-sized 30-series cards are huge and use loads of power which does not make them suitable for portable PCs. At CES 2021, Nvidia announced their laptop-only versions like RTX 3060, RTX 3070 and RTX 3080.

As the name suggests, RTX supports ray tracing, a technology that was once only limited to special effects houses. After 2018, ray tracing was introduced in PC gaming and it was seen on consoles in 2019 in the Xbox Series X and the PS5 released last year. Even the basic RTX 3060 is more powerful than the PS5 or its own predecessor card, the 2080 super.

These powerful new cards incorporate straight into an improved gaming performance. The top of the line card RTX 3080 can achieve frame rates as high as 100 fps at 1400p resolution which is very impressive for desktop computers.

With more power comes more expenses which is true for these high-performance cards. They are not cheap and are only included in high-end gaming laptops like the Razer Blade Advanced or the Asus ROG Zephyrus Duo. Both these laptops were launched at CES 2021 and are priced between $2,500 and $3,000.

In 2020, AMD’s mobile processors made a huge leap in performance and battery life too. In 2021, the selection of chips has 13 revamped models that cover both the middle and high-end laptop segments.

At the top of the line, the HX series targets gaming PCs and the most potent machines around. There are two variants, one is the Ryzen 9 5900X and the Ryzen 9 5980HX. Now, both these models have 8 cores and 16 threads capable of providing highly efficient performance.

AMD advised that the 5900X can provide better performance than Intel’s i9 chip too. The U-series chips from AMD compete with the Intel Core i7 Tiger Lake chips. AMD believes it is better in performance compared to Intel. In 2020, AMD backed Asus ROG Zephyrus 14 was one of the best performing laptops with a similar configuration.

Intel launched its 11th gen Core H-series chips which are meant to be used in powerful laptops. Frankly speaking, the U-series chips definitely pack a punch and are used in power practical laptops. It is a more procedural jump when compared with the GPU progress but the latest 11th-gen chips should offer more tangible performance benefits. There are three new versions, Core i5, a Core i7 and a Core i9 special edition which are the top three models. All three processors are powered by Intel’s Turbo Boost technology which enhances single-core performance and takes it to the next level. The added performance benefit is crucial for resource-intensive tasks like gaming.

It is true that chips are interesting but regular users would be more than interested in how the laptop looks in the real world. Acer announced one of the most interesting laptops – an aluminium based convertible Chromebook. It uses a mid-level AMD Ryzen 3000 C-series chip that provides complete laptop performance. Prior models had limited integrated graphics hardware but the Ryzen gear has Radeon graphics on the chip. This provides a solid performance enhancement when GPU comes into the scene during gaming and video editing.

It is not possible to fit a fully functional desktop GPU in a laptop and hence GPU enclosures are important. They are usually fussy but the latest Asus ROG Flow and the XG Mobile eGPU does a great job. The desktop itself depends on paltry integrated graphics but the external case can include an RTX 3080 inside. The XG is only about the size of a small book which makes it easy to transport. It is not a good idea to set up the whole thing on a temporary basis but it is great for gamers who want to play once they reach their hotel or at home with minimal desk space and an outlet.

The arm architecture has been around for quite some time now, but in 2020 it was introduced in laptops. As you must know, Apple is moving over to the Arm processor. Other major brands like Samsung and Lenovo are also joining the party. Unfortunately, the poor compatibility with Windows 10 caused some minor issues but Microsoft will do better with Windows 10X. Once this issue has been resolved, we feel other manufacturers will start including the arm processor in their entry-level laptops. Nowadays, users are inclined to thinner laptops with long battery life. Google has been working with this technology for a few years now. So, it is better equipped than any other manufacturer to roll out good laptops soon.

Last year, we witnessed 5G become the standard for mid and high-end smartphones. In 2021, it was also introduced in laptops with the Samsung Galaxy Flex 5G already confirmed to include 5G. Now, it is about time that other laptops will follow Samsung and include 5G enabling users to continue the web when they are away from the Wi-Fi router. It is really important for people who work while they are travelling or work from a cafe etc. The sim cards for 5G are not included in the price of the laptop. It can be quite expensive but we are waiting to see this trend hitting the market soon.

Death of the Bezel

Laptop design has improved and now most laptop manufacturers are going for skinny bezels which offer a sleek look. The Lenovo Yoga series and the Dell XPS are some of the best in this segment. This enables the manufacturers to increase the screen size without increasing the size of the laptop. In 2021, we hope that brands like Apple, Lenovo and Microsoft will enhance the look of their laptops like Dell.

There is no doubt that it is a promising time to be a part of the laptop industry. In the next couple of years, we will see these trends in action in laptops offered by most industry players. It is going to be an exciting time for technology enthusiasts like us as we get to witness a wide array of products. What do you think about these upcoming technology updates in laptops? Are you excited to purchase a new laptop? Or would you like to wait for some of these updates before you buy your dream machine? Let us know in the comments below.