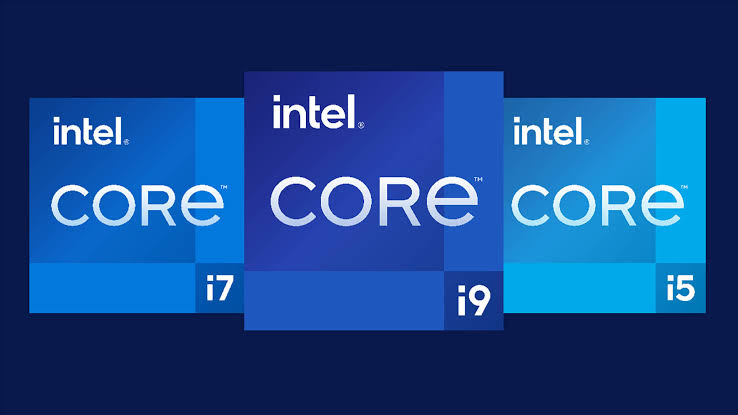 Intel has finally revealed the complete line-up of the 11th Gen Tiger Lake H-series laptop CPUs and has also planned to feature in more than 80 new gaming laptops to be released this year. The high-performance laptop CPUs will go one step further than the 10th Gen Comet Lake chips like Core i7 – 10750H and Core i9- 10980HK with a major performance boost.

Earlier this year, Intel announced their first batch of Tiger Lake H-series laptop CPUs in January. But, the range of energy-saving chips like the H35 CPU family was not meant for high-powered gaming. They were actually destined to be used for ultraportable laptops on conventional consumer laptops and portable gaming laptops. AMD capitalized on this opportunity to announce their line-up of Ryzen 5000 CPUs.

In other words, Intel is just trying to catch up as there are already other next-generation gaming laptops like Asus ROG Strix Scar 15 and ROG Flow X13. Even Nvidia has announced their RTX 3050 and RTX 3050 Ti laptop GPUs. However, in this article, our sole focus will be on Intel’s 11th Generation Core i9 processors. Here’s everything you need to know. 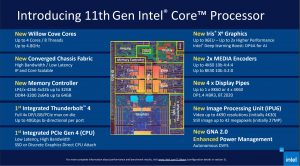 Both these platforms share a couple of features, like support for 20 PCIe 4.0 lanes linked to the CPU, along with Thunderbolt 4 so you can connect your laptop to multiple monitors via a single cable and Wi-Fi 6 and Intel’s Xe graphics architecture.

Intel’s Tiger Lake H-Series is available in Core i5, Core i7 and Core i9 versions, from six to eight cores. The flagship CPU for Intel is the Core i9-11980HK, which powers Intel’s latest next-generation bells and whistles. The CPU is completely unlocked for overclocking, for starters enabling you to get more out of it with Intel’s Extreme Utility tool and Intel speed Optimise app. It is definitely an achievement for Intel’s unlocked desktop CPUs. The Core i9-11980HK also backs Intel’s Turbo Boost Max Technology 3.0, which instantly determines a chip’s two fastest cores and provides them additional Boost capability. It will be available on Intel’s Core i9 Tiger Lake CPUs enabling the 11980HK to clock 5.0GHz on two cores.

As far as gaming performance is concerned, Intel is confident that the i9-11980HK will beat AMD’s Ryzen 9 5900HX laptop chip. According to the recorded figures, which compared Lenovo’s Legion R9000K laptop with a pre-production MSI GP76 laptop powered by a 155W RTX 3080 and Intel’s new i9-11980HK.  As expected, it is not a total comparison as they are being slightly different systems, but Intel calls their machine an offering between 11 to 26 percent enhanced performance than Lenovo’s AMD machine.

Intel also went on to confirm that their entry-level Core i5-11400H will provide a similar gaming performance as AMD’s high-end Ryze 9 5900HS and it is AMD’s top CPU for gaming laptops. In another chain of figures, the Core i5 provided similar speeds compared to the Ryzen chip in three of their seven test games whereas the other games were 5 to 12% faster. The Ryzen 9 5900HS is generally tested in the 18mm thick Asus Zephyrus G14 with an 80W RTX 3060 inside it, and the Core i5 was in a 16.5 mm ‘Intel Sample system’ with a 65W RTX 3060 Max-Q GPU.

You won’t be able to purchase a Core i9 processor unless you buy a laptop with an in-built. The price you pay will always depend on the machine you choose and how powerful it is, although the type of processor (i3, i5, i7, i9) provides a rough estimate of how much it will cost. This is the same for both the regular Tiger Lake lineup and gaming-focused H-series.

The initial round of Tiger Lake devices was announced at IFA 2020, including the Samsung Galaxy Book Flex 5G and Acer’s Swift 5 and Swift 3. A number of laptops running 11th Generation CPUs have been released, with the likes of Dell and Microsoft joining the party. As a general rule, any laptops currently running 10th generation will definitely move to Tiger Lake for the next generation. The H-Series gaming chips were announced later, hence models supported by these processors are available now in the latter part of 2021.

As per the above discussion, it looks like Intel have definitely compensated for lost time with their 11th Gen Tiger Lake H-Series chips and we are looking forward to more information on these systems. What do you think about 11th Generation Intel Core i9 processors? Do you think it is significantly better than the 10th Generation Intel Core processors? Let us know your valuable insights in the comments below.