Why You Should Choose ReactJS for Your Next Project

Reading Time: 6 minutes
The Daily Blog Point / Mobile App Development  / Why You Should Choose ReactJS for Your Next Project
0

Why You Should Choose ReactJS for Your Next Project 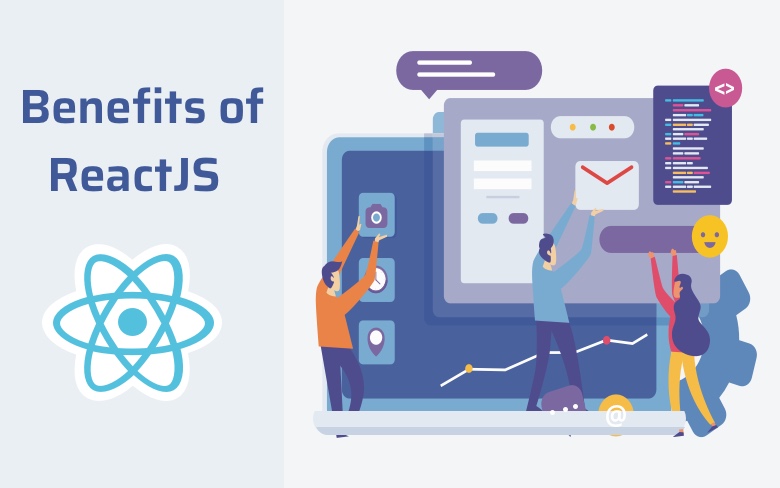 With a faster pace of development time, ReactJS has the potential for robust cross-platform apps.

Reactjs development services are high in demand because of its versatility to build interactive user-interfaces and single-page apps across business verticals. Introduced and maintained by a team of facebook experts and top engineers, there are high-quality Chrome and React dev tools in the ReactJS framework. Likes of Facebook and Instagram are powered by React which speaks of its popularity among start-ups and enterprises. Many fortune 500 companies use ReactJS for their mobile apps and websites and its usage shows no signs of slowing down in the near future as well.

Unlike other cross-platform frameworks such as Apache Cordova (PhoneGap), React renders some code components with native APIs. PhoneGap renders code through WebView which is known to reduce the performance. React uses a separate thread from UI that increases its performance score and channels through targeted components for Android or iOS and renders code to native APIs independently. Thanks to Native modules, in some projects more than 80% of the code can be reused across the Android or iOS platform. And it also offers simple error messaging and debugging tools for ease of development.

React makes use of JavaScript expressions – JSX and everything inside it function as a component of the JS framework. Since the HTML and CSS are expressed via Javascript with XML syntax holding all the rendering instructions, a standalone GUI component can be built by the React developers. Each component has its own lifecycle and one can handle the components with several life cycle methods. JSX is a programming language that is versatile with temporary variables and flow controls. It can also support complex integrated development environment (IDE) features like linting, checking and autocompletes. Because it is powerful and flexible to use, it offers a smooth performance of the app with better coding stability.

React’s library is developed by a bunch of talented and qualified React developers and engineers from Facebook who also sought out maintenance programs. One can easily find solutions to many problems because of its huge ecosystem. With a bigger, better and stronger community, it is decentralized with online courses, articles, tutorials, and robust QA sections and is also powered with third-party libraries, extensions, tools, and packages. React experts upload tutorials and in-depth articles on many platforms for free which can be accessed by anyone across the globe and which has certainly helped it cement its credibility and potential for user-friendly applications. Every day hundreds if not thousands of developers contribute to better this frontend framework.

With React a developer can reuse the system components and can handle the updates effortlessly. Usually, during the updates, a change in one component affects the other if the app has a complex logic. Therefore, modifications are time-consuming. In React, component reusability allows devs to utilize the same digital objects that provide better growth and code since each component has its own internal logic. Its downward data flow ensures that its parent structure is not affected by the modifications and whenever there is a need for a change in an object, it could be done by modifying the states. Before moving to the wrapper, developers can add simple components like text fields, checkboxes, and buttons which are then eventually moved to the root component. This is an easy way to manipulate and as a result, the productivity of an app in the development phase can be boosted. All companies try to as unique as they can in their way of working and operations, however, there are few components that seem to be common to all of them such as payments from elements, carouse, image, etc. Reusing code components here comes in handy and to make further installation and version management easier, there are coding standards that have been set for effective releases.

Since React can run on the server, returning and rendering the virtual DOM to the browser as a regular webpage, it can deal with search engine failures to read JS-heavy applications. Compared to Angular or Vue, React reduces the page load time significantly because of a good rendering pace. And because google algorithm is friendly to apps that have a faster load time, React has the ability to rank high on the search engine results page.

Conclusion
ReactJS framework is highly responsive and advanced with little or no risks. One can build small to large scale apps with mobile data that changes over time without any flaws. With user-friendly and much faster virtual browser (DOM) developers can work productively and component-based structure and craft interactive user interfaces and much more with JSX support. Opt for a ReactJS development company that works straight from ideation to release with a faster pace development ensuring high functionality and features for your next app idea.