5 Reasons Why IoT is the Future of Mobile App Development

5 Reasons Why IoT is the Future of Mobile App Development 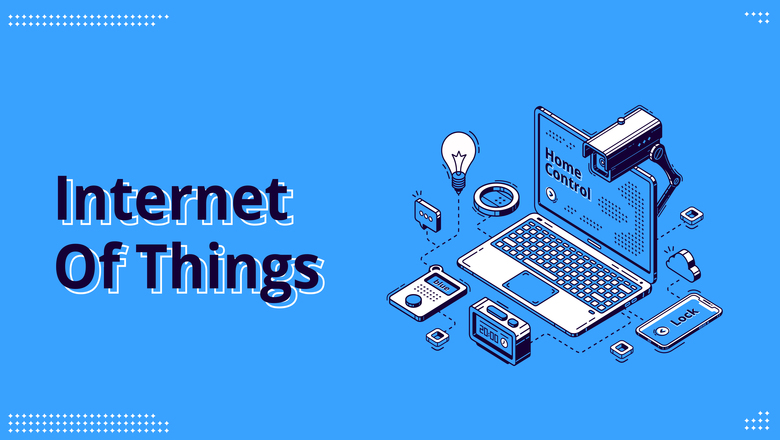 With great speed, the mobile app development industry is experiencing innovative changes because of the rise of modern technologies like IoT (Internet of Things). IoT has been prevalent in the mobile app development industry for quite some time now. But now businesses in other verticals like retail, healthcare, agriculture etc are taking the benefits of IoT solutions.

IoT can improve your communication and user engagement at every level. The increasing demand for these apps and ease of use are two crucial factors why IoT app development services are flourishing. According to a report, it is estimated that by 2030, there will be more than 25 billion IoT connected devices in the world.

In this blog, we will discuss IoT and why it is the future of mobile app development. Let us find out what IoT is briefly.

What is IoT (Internet of Things)?

IoT is the network of physical objects that are connected and are developing at a swift rate. With the rising use of IoT, an IP address has become prevalent. Without a doubt, IoT has enabled the kind of connectivity that was only discussed in theory before. Clearly, IoT is one of those technologies that assist us with each and every aspect of life. So, every device with an internet connection can be connected internally through IoT. Due to this reason, IoT helps us control our electronic devices even if we are away from home.

Mobile app developers are working hard to adapt to the challenges faced due to IoT in the app development industry. Since IoT is a recent development in the mobile app domain, new benefits of this technology are noted from time to time. One of the benefits of IoT is that it has pushed app developers to develop new platforms as there is a dearth of IoT compatible platforms. It is estimated that developers who like working on hybrid mobile apps will be focusing on new platforms to give something new to the users.

The expenditure linked with IoT app development services is decreasing at a faster rate. This has increased the opportunity for small businesses to create a major impact online. Due to this reason, small businesses have increased their reputation on the bigger stage. IoT connects every device to a single system making it easier for mobile apps to process, analyse and deliver on different kinds of complex services. Small businesses are able to capitalize on this component to develop high-end mobile apps at minimized costs which have made them competitive in their industry.

Business innovation has taken a different direction due to the advent of IoT. For example, an app like Uber uses IoT to collect data from the users and connected devices due to which a user can get a cab easily in a couple of minutes. The growth of more novel businesses has been the effect of IoT and mobile applications are the perfect channel to leverage the benefits of IoT for businesses. Businesses are working on confronting and resolving the serious issues of the customer segment and creating IoT based solutions to offer convenience. This is possible due to the copious amount of data collected by different companies which have given more solid insights to businesses to offer targeted solutions.