15 Flutter App Development Tools to Look Out For in 2021

15 Flutter App Development Tools to Look Out For in 2021 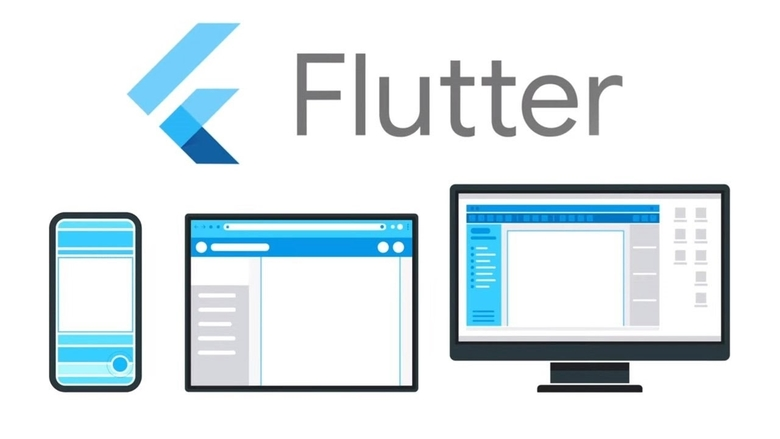 Nowadays, more than 50% of all digital media usage is from mobile apps. And according to mobile app usage statistics 2018, 21% of millennials open an app more than 50 times per day. So, this shows a clear image about the future of mobile app development.

With growing technological advancement, we are dependent on mobile devices more for day to day activities. There is an application for every job and business. The importance of mobile apps in our daily life has brought novel software solutions like Flutter that have totally changed the mobile app development industry.

Why to choose Flutter?

If you are planning to develop a cost-effective mobile application, you can choose Flutter as it doesn’t require a huge investment. A platform like Flutter allows you to combine various features into a logical design for an app.

Flutter has advanced as one of the top options in hybrid app development. More importantly, Flutter is the ideal choice for developers who are looking for a fast and efficient way to develop an application.

Additionally, Flutter lets you choose from readily available tools for building an app. Each option is chosen to make coding easier and faster for mobile app developers. There is no match for Flutter tools in terms of code completion, debugging and visual support.

We have devised a list of some of the top Flutter app development tools that can be used to develop effective, user-centric mobile apps.

Panache is regarded as one of the most popular Flutter app development tools trusted by mobile app developers around the world. It allows you to create customized themes for your flutter based applications. Basically, you can customize the shapes, colours and other theme features and export it as the .dart file to a Google Drive folder. Currently, more than 40 million mobile app developers and testers use this tool. Additionally, it is possible to evaluate the codes after finishing the entire coding structure.

Supernova recently introduced assistance for the Flutter platform in Flutter Interact. The mighty Supernova tool helps you build a UI code for Flutter. The assistance for material design widgets a style handling that can bring the ideas of style and token into the Flutter application.

Moreover, you can efficiently run a Flutter application simultaneously using Supernova and changes happen in real-time. Then, by importing your sketch or Adobe XD file, Supernova can help you save some time.

Though Test Magic is a tool, it can be used as a free mobile app for testing and deployment of iOS and Android beta releases. It can also help you download CI/CD builds flawlessly on connected devices and deploy them with ease.

Additionally, you can take screenshots and provide feedback for better app functions. Also, you can link it with Codemagic, add test gadgets and handle delivery profiles for iOS debug builds.

Count.ly is an open source analytics platform focused on data privacy and security. The free version allows you to record the fundamental KPIs and key metrics that shows how an app is operating. Though, it also offers a paid version with an additional set of features and metrics.

It is possible to host the paid version of Count.ly on premise or on the cloud.  The paid subscription gives extra feature flags, push notifications and A/B testing functionality.

You can consider Codemagic as it is one of the most sought after Flutter application development tools. It assists in improving the app development process by using the Flutter framework. Cinemagic will aid you in examining and launching the apps using the Codemagic tool. Moreover, you can market the app without any issue or complexity.

There is no need for a configuration to launch your app in the market if you use Codemagic. Along with that, you can use the automation feature for testing and development of your product.

A new plugin by Adobe has been introduced at the Flutter Interact event. The Adobe XD facilitates the developer to a workflow of the designer. So, this plugin produces the Dart code for design elements and you can directly use that code in your app codebase. Moreover, the Adobe XD and various other plugins will be launched to the platform in the near future. Hence, you can utilize this platform better for creating interactive and enticing applications.

For real-time semantic understanding of mobile applications, Instabug is the ideal platform. Flutter app developers can further utilize it for in-app crash reporting, bug reporting and surveys. By integrating the Flutter SDK of Instabug in your application, you can allow users to report bugs they find without even leaving the app.

Instabug captures a screenshot that the users can transcribe and blur. Additionally, it grabs detailed device information and logs to help you identify and solve issues in a timely manner. It also sends crash reports with all device details and logs to help you fix the impending issue. You can also send surveys to your users for getting a better understanding of the reasons behind your users’ actions and allow them to request features and vote on them.

Appetize is an online tool well known for Flutter app development. It allows you to launch your apps on the iOS and Android platforms faster than before. It also enables you to run the native applications on mobiles if a user accesses the browser in JavaScript or HTML format.

Moreover, Appetize is good for both the developers and the users to manage and maintain their applications efficiently. So, if you develop a Flutter app, you can use it to make the introduction process efficient and streamlined.

Visual Studio Code doesn’t need to worry about complicated workflows that are taken by fully featured IDEs like Visual Studio IDE. It works seamlessly with Python and C++. Interestingly, it is extremely productive and easy to use.

Being one of the most prolific IDEs for Flutter app development, Screenshot, a command-line utility helps you take screenshots. It also allows you to upload them on the status bar directly. And you can simply incorporate these screenshots into your Flutter app.

These screenshots also work transparently into iOS and Android platforms. Hence, it proves to be one of the best Flutter app development tools that developers prefer over other tools.

Additionally, it allows you to develop and run applications on an Android gadget or simulator and prevents the compulsion for downloading and installing the Android Studio.

Amplitude is a highly prominent in-app analytics tool that helps you know how the users are interacting with your app. Currently, it is a popular Flutter development tool that enables you to monitor and track an extensive array of data and merges with all popular mobile app development tools to help you take action based on your data.

WonderPush is an in-app messaging and push notification tool that you can use in a Flutter based app. It increases user engagement in your app. Additionally, it provides loads of robust features integrating targeting and segmentation, A/B testing and geo-target in a cost-effective way.

Square is an in-app payment handling framework that comes with a decent payment processing feature. By using its Flutter SDK, you can start getting in-app payments from an easily customizable user interface with the help for stored cards and digital wallets for instant checkout.

Vysor makes it easier for you to illustrate your screen activities of a specific device onto a computer. It can be easily done using a USB cable. For this, you may not require a data connection. You must install the Vysor Chrome extension to use this Flutter App Development tool.

The above mentioned are some of the most efficient Flutter app development tools to keep an eye on in 2021. You can choose to use any of these tools if you are building an application using the Flutter framework. Because Flutter is one of the most popular UI frameworks developed by Google to build attractive applications that users around the world love for their benefits.