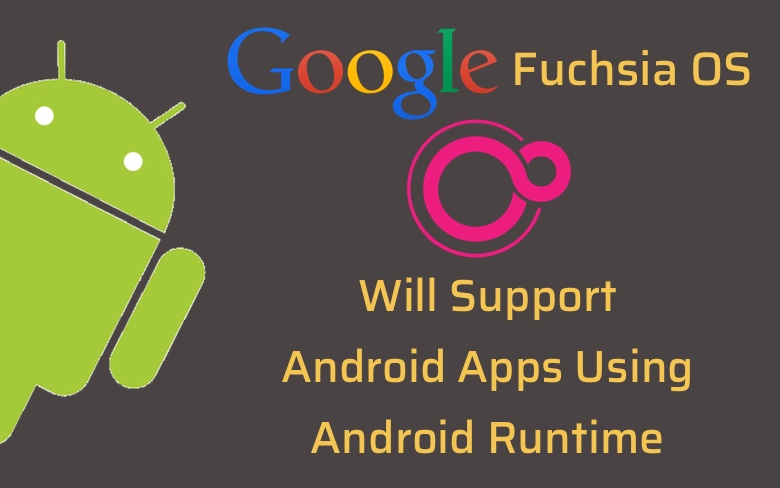 Recently, Google has been busy working on a new operating system called Fuschia. People have been long speculating that Fuschia, Google’s upcoming operating system will join the likes of Chrome OS in its support for Android apps. An update found in the Android Open Source Project has confirmed that. Now we can confirm that Fuschia will definitely be able to run Android apps using the Android Runtime.

In the previous month, two new Fuschia-related repositories were added to the Android Open Source Project. The first platform that is used to create Fuschia applications already contains a pre-built copy of the Fuschia SDK. The second device currently seems like the one that could be used to run Fuschia by the Android Emulator.

A section of the Readme file that accompanies the change says, “These targets are used to build ART for Fuchsia. They differ from usual Android devices as they do not target specific hardware. They will produce a Fuchsia package (.far file),” according to 9to5Google.

Android RunTime, which is also referred to as ART, is an environment that can be used to run Android apps. Google is now working towards bringing this environment to its new operating system.

The ART is added on Fuschia OS by the Readme file. It will support ARM architectures and x86. This explains that the functionality should theoretically be able to run on desktop and mobile processors. This means that the fact that Fuschia will run on a variety of form factors only gets more and more weightage.

In order to make it easier, Fuschia will make use of a specially designed version of the Android RunTime for running Android applications. This version of ART can be easily installed on any Fuschia device that makes use of a .far file. It is Fuschia’s alternative of Android’s APK.

Apart from this, what is completely clear to us is that Fuschia devices will be able to run Android applications. This should not come across as a surprise to anyone because Android is definitely the world’s most popular operating system. In addition to that, it also offers complete support to the vast variety of Android apps available on the Play Store. This will help in making the transition from Android to Fuschia for the users very easily.

Users will Benefit From This Change

The biggest benefits would be that users will be easily able to move all the apps and its data to the new OS without actually losing anything from it. This new change in the Android Open Source Project is evidence enough that Google wants all its Android apps to work on Fuchsia.

No official Announcements as of Yet

Google still has not made any officially announcements about the new Fuchsia OS in the open. The project is still being worked on internally. It will be tested on more devices to be sure of its functioning. In the previous month, Google and Huawei were testing the OS on the Honor Play. The device uses the Kirin 970 chipset. It was later revealed that Fuchsia can be loaded on to devices making use of the Kirin 970 processor.

Fuschia is an OS that is built from the ground-up with a strong base in order to support every possible device out there. The future of Google’s mobile software ecosystem is looking very bright, thanks to Fuschia. Fuchsia is very likely to support Android apps and this is a big thing. Even though we know that Fuschia might run Android apps using Android RunTime, it is still quite early to speculate exactly when we can expect to see Fuschia devices out there.

When it comes to android app development, there is a need for proper planning and strategic analysis. There will be many changes in the way Android apps will be developed, so Android app developers will also be required to be up-to-date with these changes and need to work on them.