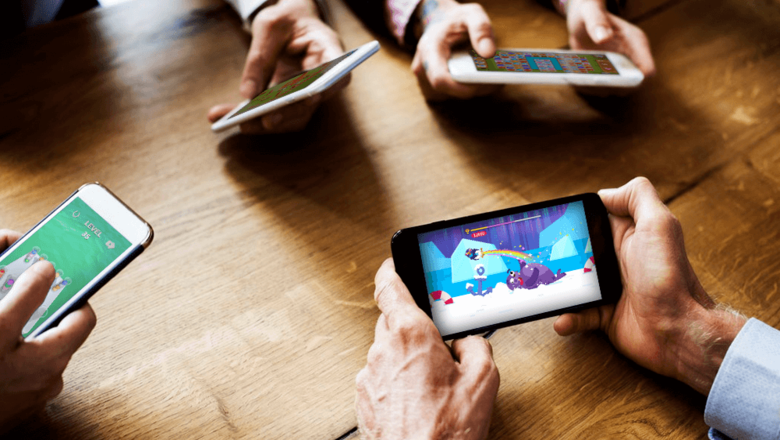 Mobile gaming is one of the most popular and rapidly growing industries in the world. The estimated size of the gaming market is around $174 billion with about 52% of the revenue coming from the mobile gaming industry. Console gaming and PC gaming is still at an all-time high for gamers of all age groups, mobile games provide certain advantages that other device types cannot match with. For instance, playing a mobile game means being able to play from anywhere using a handheld device and gamers can play via apps and web browsers. It is also possible to play some games without using mobile data or WIFI.

The popularity of mobile games can be explained by the increased affordability and accessibility of smartphones. More than three billion people in the world use smartphones and the figure is expected to rise due to the rise in affordability. The gaming industry is evolving fast, and technological advancements and new mobile game releases mean the new trends shift from time to time. Here are some of the few major mobile game market trends that we think will boost the gaming experience in 2022.

It was tough to imagine a grandfather and grandson playing the same game together and the elder generation spending more hours than the grandson. Video games have grown a lot in the last few years as there is no need to be tied to a console or PC. It is now possible to play on any device, you can play with strangers across the globe or watch a game in real-time.

According to a study by Deloitte, the average US user had 12 paid media and entertainment subscriptions. Millennials had an average of 17 subscriptions, Gen Z had 14, and Gen X had 13. Around 40% of people said they enjoyed gaming more during the pandemic.

A great example of live gaming is digital casino games like poker or live blackjack. These games enable players to play in real time and interact with the dealer as if they were in a live venue. It is a possibility that more casino operators would like to include live games to their offering as the demand rises. This makes for a competitive advantage as the market is growing. Another benefit is that gamers will face a lower latency rate and hence games will have faster download times.

As gaming can be a solo experience, 2022 will see a lot more social mobile game apps. Currently, about 60% of all gamers play games with friends online. Among Us is the perfect example of a social interaction game that encourages gamers to work together to complete a series of tasks and prevent the rest of the team from succeeding. It has been downloaded 282 million times on mobile in 2020. This is a hybrid game available on iOS and Android devices as most PCs and Nintendo Switch. It is possible that we will witness more hybrid games like Among Us in development in 2022.

As per SensorTower’s Industry Trends report, hyper-casual games have topped the charts in 2020. Moreover, Among Us, a casual game, has been one of the most popular games last year.

It seems that various people shifted to casual games during the 20202 pandemics. Adoption of the best 1,000 Hyper casual genre games increased by 45 per cent in 2020. Moreover, hyper-casual games have garnered 10 billion installs in the previous year.

More often than not, these games are easy to play and enable users to have fun and relax during tough times. We hope this trend will continue in 2022 as demand for hyper-casual games is increasing.

Gamers do not enjoy simply playing games as they are also looking for entertainment from watching professional games and e-sports. A large number of millennial gamers watch gaming content on websites like Twitch and YouTube and it will increase in 2022. As mobile game developers follow this trend, they will want to add integrations with platforms like Twitch in their latest games. Gaming brands also try to promote their latest offerings via gaming influencers as a crucial part of their marketing strategy. Incidentally, gaming influencers and e-sports stars are known to be making good money through sponsorship deals and partnerships with mobile game companies. In the future, tech-savvy Gen Z and more millennials will come to the party and would want to become pros.

Subscriptions are very common among young users, especially in popular mobile games. We wish more games to provide a subscription-based monetization model, which is the reason why there is a mobile game market trend growing. Some of the key examples of subscriptions in mobile games include:

Though, it is important to understand that subscriptions are generally an extra monetization model and are most popularly used along with in-app purchases.

During the past few years, the puzzle game genre has gone through various changes. The most recent mobile game market trend, which has been adopted by top-ranked puzzle games, is including meta-layers to the core gameplay.

It is evident in games like Homescapes, Gardenscapes, Clockmaker, and also new successful puzzle games like Project Makeover that have fashion, decor, and storytelling meta-layers. This happens due to market saturation. As it is hard to get noticed in the match-3 genre and take over giants like Candy Crush, developers are including new and exciting elements to their games.

Moreover, this strategy enables game developers to reach a wider audience. Rather than targeting only match-3 players, puzzle games with meta layers can successfully attract gamers interested in design, fashion, and storytelling games.

Apple recently made some changes in the use of IDFA and it will have a bigger impact on mobile game advertising. Targeted advertising is becoming more difficult which affects user acquisition and monetization.

The most crucial thing that mobile game developers need to consider is the adjustment to the new changes and expanding their user acquisition strategies. Some developers might explore other avenues too.

It has been more than six months since the rollout, mobile game advertisers are still struggling to overcome IDFA challenges. It is important that in 2022, marketing professionals will be highly regarded. Mobile game companies should invest heavily and determine how to make their ads stand out. Another piece of advice is to integrate data science and creative teams to achieve improved results.

Genshin Impact from miHoYo created a major impact on the mobile game industry in 2020. It was downloaded 15 million times and earned more than $150 million in revenue in the first month itself.

The game is exceptionally built due to terrific graphics, superb gameplay, and gacha-style monetization. Moreover, the game experience is similar to PC or consoles. It would be fair to say that miHoYo managed to bring amazing single-player mechanics from AAA PC and console games to mobile devices.

Due to the success of Genshin Impact, we hope to see more AAA mobile game experiences in 2022 and beyond. Moreover, we might witness more Chinese developers in the market. Apart from that, miHoYo, Lilith Games is one more example of a highly successful Chinese game studio that achieved great success.

In the last few years, the mobile game industry has seen more mergers and acquisitions than any other industry. A report from Newzoo stated that gaming companies signed a lot of deals in 2021. Some of the most famous mergers in 2020 and 2021 are done by Zynga and Embracer group.

Apart from that, Embracer Group acquired 7 studios in 2021. Out of these 7 studios, the most important brands are Demiurge Studios and CrazyLabs. In total, EG is planning to spend $2 billion by 2022. If you notice, most of these deals are mobile gaming giants demolishing the mid-sized studios which could be a threat to them. We think it will continue to happen in the coming years too.

It is due to the fact that IDFA devaluation has made it difficult to acquire new users. A merger or acquisition is a great chance for game publishers to create a wider audience. If they successfully achieve this feat, they can find more players in their own portfolio by cross-promotion.

A report from Newzoo states that there will be more than 3 billion mobile gamers around the world by the end of 2023. It would be fair to say that the mobile gaming market is booming and will continue to do so. It will be good to see what this year offers and how it will shape the future of the mobile gaming industry. What do you think about the above mobile game market trends? How will mobile gaming change in 2022? Let us know in the comments below.