How to Monetize Hyper-Casual Games in 2020?

How to Monetize Hyper-Casual Games in 2020? 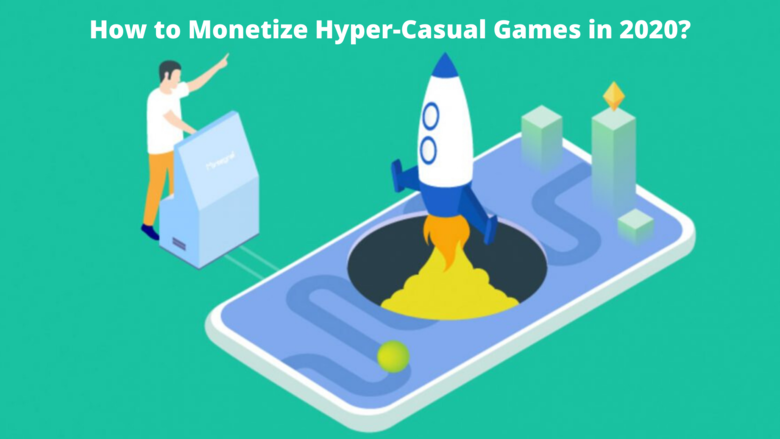 What are Hyper-Casual games?

Hyper-casual games usually have intuitive mechanics that can maintain consistency throughout the game or can demand more dexterity as you move to higher levels within the game. These games are pretty simple to learn and play which makes these games so addictive. It is a perfect game with little time and attention required. We have seen through the history of gaming that more elaborate games can alienate players who don’t have enough time to learn and play, let alone conquer. However, hyper-casual games eradicate both these barriers. Generally, these games have an intuitive user interface along with an entertaining user experience which equals to continued engagement and long-term retention.

Why have Hyper-Casual games gone viral?

If we compare this decade with the previous one, hyper-casual games have turned into a huge business. In the last few decades, video games have gone from casual hobby projects to accumulating revenues north of $100 billion per year. According to an estimate, the gaming industry is set to double these amazing numbers by 2023. In the last few years, mobile games are responsible for the unprecedented growth of the gaming industry. Hyper-casual games have played a huge role to uplift the growth in mobile gaming as these games have also been at the top of the app store charts.

Voodoo is the best hyper-casual game developer in the world right now and the company has been procuring new users and keeping them engaged. According to a press release from 2018, Voodoo has reported 150 million monthly active users and a total of 1.5 billion downloads across their entire gaming portfolio. Now, we come to the main point of monetization which is the most important factor for a budding game development company.

How to monetize hyper-casual games?

It is interesting to note that hyper-casual game developers have made immense efforts to eradicate the words, “Game Over”. Alternatively, game developers have devised a strategy to get players quickly back into the game. The advantage of this strategy is that gamers feel more engaged for a longer duration and create better monetization alternatives. Let us find out more in detail about the strategies used by game development companies:

An in-app purchase is one of the most popular monetization strategies for freemium as well as premium apps. It is more important for a freemium app as the basic app is offered to the users for free. In-app purchases can be used to give access to complex additional levels which are not available for users of the free app. It can be a good strategy to sell extended play time, rewards and in-app currency etc. According to reports, though not many people will make in-app purchases and continue to play the free version. However, some users will make a purchase and spend a minimum of $2 during their lifetime playing the game. It is important to add options which are financially viable for most users like 99 cents for an upgrade. More complex purchase options can be restricted to power users  who spend a lot of time playing the game.

Evidently, 43% of apps on the App Store are premium where 45% of those apps are games. It means that these apps have a price of 99 cents or more to download. This is a smart strategy for games that have achieved widespread popularity in the gaming world through press releases. It is important to consider a premium mobile app strategy where users would be willing to pay for the product without a free trial. This is where freemium games come in with in-app purchases. Game enthusiasts can play for a few days, get satisfaction from it and decide whether to invest in in-app purchases.

Advertising worked its way to be a tried and tested monetization strategy long before in-app purchases made its mark being the latest strategy. App advertising has now grown to overtake in-app purchases as the leading source of revenue for hyper-casual games. According to a report from Sep 2018, ads accounted for 56% of revenue compared to in-app purchases. We would like to note that your in-app advertising strategy should not hamper the user experience. It is not advisable to storm user experience with excessive popup ads that distract users from the game. It is best to use ads in between levels or minor pauses in gameplay for an enriching gaming experience.

Major game development companies like Voodoo and Ketchapp account for 48% of all game downloads worldwide. This is due to the fact that they have multiple games at the top of the chart and they work well to cross-promote other games in their arsenal. If not used properly, this could be a dangerous strategy to drive your users away from one game to another. It is noted that more than 70% of users stop playing a game within three days of download, so you suggest other games they may be more inclined to play regularly.