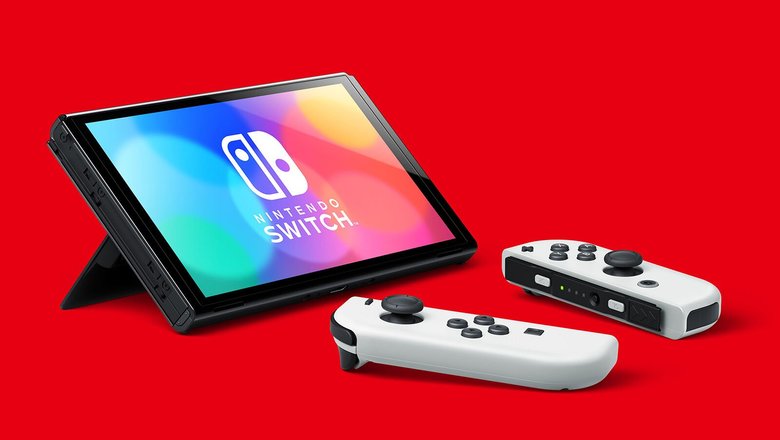 After months of speculation and rumours, Nintendo has finally announced the new generation of the iconic Switch. The Nintendo Switch OLED will be launched this October, and Nintendo is finally offering players some insight into the product launch. News about an updated Switch first surfaced back in 2018 when there were rumours that Nintendo is planning to move from the LCD display to an OLED model. The fans were expecting the launch of the Switch Pro but there has been no update from Nintendo regarding the Pro version. It is true that the Switch OLED doesn’t provide a great jump in terms of technology, but it sure does solve certain problems flagged by Nintendo Switch players had found in their systems.

One of the best attractions of the Nintendo Switch OLED is the revamped screen. The OLED screen is a feature that Nintendo is looking to push as it is apparent in the system name. Apart from the major enhancements the screen will provide over its predecessor, the OLED screen is not the most critical update. The Nintendo Switch OLED’s enhancements over the base Switch model are quite a few and most of the features didn’t make it to the promotional event. Though the absence of the Switch Pro made a lot of fans unhappy, the OLED version’s best improvement offers various reasons to be excited.

Nintendo fans had wished for a bigger upgrade to the Switch but the Switch OLED is a consolation prize. Interestingly, it does not have core performance upgrades and would not support 4K video output. Though, there are multiple new updates in the latest OLED model. Let us find out more about the features.

The first major change is the name itself. The Switch OLED comes with an OLED screen as the name suggests. Nintendo announced that the latest screen is more dynamic with vivid colours and high contrast. The screen is also larger, at 7 inch – when compared to the 6.2 inch display on the original Switch. The console is only fractionally larger. It is only about 0.1 inch loger so Nintendo made a larger screen but shrinking the bezel so there are quite smaller bars around the console’s display. The handheld display is again the same – 720p with a TV output of 1080p. If you are looking for 4k you will have to wait more. Before you notice the OLED screen, you might notice the slick white colour of the Switch OLED. Now, both the Joy-Cons along with the updated dock are white in colour. If you are a classic Switch lover then you can definitely go with the classic colours – a black dock and Neon Red and Neon Blue Joy-Cons similar to the original Switch.

As Nintendo has kept the size consistent, a current Switch Joy-Con will work with the new hardware, so you would not be limited to the neon red and blue colours if you do not like it. The disadvantage is that Nintendo has not done anything to solve the Joy-Con drift issue where the controllers determine input even when the analogue sticks are in neutral. The Joy-Con controller configuration and functionality did not change with the Nintendo Switch system. Additional small hardware update is an improvement to the plastic kickstand on the back end of the gaming console. First of all, it is quite wider – around the full length of the console. Due to this, it should make it more stable than the smaller kickstand on the original Switch which is on one side of the console and not well balanced. More importantly, the kickstand is adjustable so you can select from a few different angles to sit the console at for tabletop play. This offers more flexibility for improved gameplay. We have already discussed the new white version of the dock but that is not the only update. Irrespective of the colour you choose, the new Switch OLED includes a dock that comes with a LAN port. This enables you to link the console to wired internet for enhanced speeds and increased stability. It is worth mentioning that you can still play on the OLED Switch with your current docks. It is also possible to use the existing Switch in the new dock. Moreover, the LAN port will work with the older hardware as well.

Nintendo has not made any major changes to the core specifications of the original Switch but there is one major improvement. The internal storage has now been doubled from 32GB to 64GB. As most of that 32GB was reserved for the console operating system, this is in fact more than updating the available storage space. The OLED Switch will also be compatible with microSD cards too which will still be required for most users with some serious digital game collections.

The last hardware update is termed as “enhanced audio” by the company itself from the included stereo speakers. Nintendo has not divulged any more details about the particulars on what has changed. There is one noteworthy change: Nintendo has not mentioned the addition of support for Bluetooth headphones which is one of the most requested updates from the initial hardware. Hence, it means that you will need to use wired earphones to listen to game audio.

How is the Nintendo OLED Switch Different from Nintendo Switch Lite?

The Switch OLED has two Joy-Con controllers linked to the console and can detach easily for two-player multiplayer games or motion control. These Joy-Cons come in various colours and have multiple features such as HD Rumble, amiibo support and can support motion and gyro controls. Now, the Switch Lite supports Joy-Cons which means you will have to purchase a pair to play with Joy-Cons in tablet mode.

The SwitchV2 and the Switch OLED both support MicroSD cards to increase their storage capacity. The Switch Lite comes with only 32 GBs of internal memory, whereas the Switch OLED model has twice the memory. On top of that, both have access to cloud save support through Nintendo Switch Online. Though Switch models can give output up to 720p in the handheld version the output will look much better. This can be credited to the 7-inch OLED screen.

Making a choice between the Switch OLED and the Switch Lite depends on what kind of gamer you are. If you are a casual gamer and don’t worry about minor cutbacks then you will feel that is the best way to access Nintendo Switch’s game library. With the Switch OLED, you get a better screen, an improved kickstand and enhanced audio. It also includes all the features of a normal switch like TV play. So, if you are price conscious then Nintendo Switch is the best option for you. The Nintendo OLED will be like an upgrade for you.

One of the main fears about OLED displays is that they can be vulnerable to burn-in. Burn-in is used to describe permanent image retention on an OLED screen. That can happen from looping logos or static HUDs. Recently, OLED panel manufacturers have worked hard to eliminate burn-in but will it affect the Switch OLED? Only time will tell. What do you think about the promising features of the Nintendo Switch OLED? Let us know in the comments below.