Spring Loaded 2021: Everything You Need To Know About Apple’s Latest Products

Spring Loaded 2021: Everything You Need To Know About Apple’s Latest Products 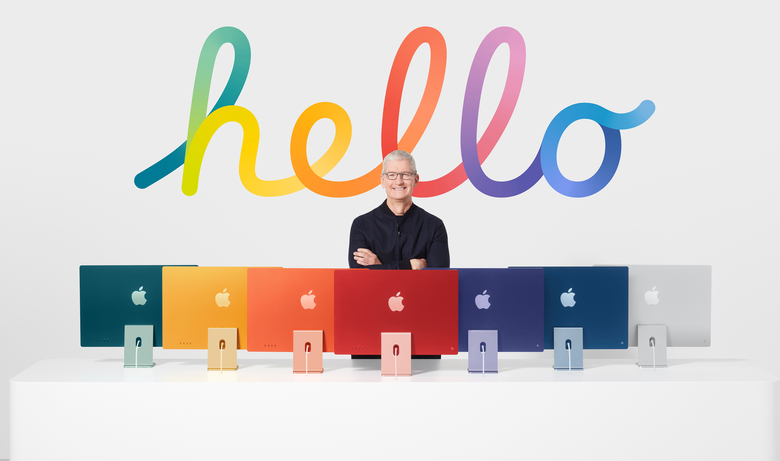 Every year, Apple conducts three to four events, basically one in March-April, the Worldwide Developers Conference in June and a mega event in September focussed completely on iPhone and Apple Watch. If need be, Apple also comes with an additional event in October for iPads and Macs. In this blog, we will keep a track of all the major Apple events that are coming soon and what we expect to see from Apple in the near future. So, keep visiting our blog for more updates on Apple Events.

The very first Apple event this year, Spring Loaded surprised Apple fans with a range of product announcements and major reveals which includes some novel products and some redesigned ones. We also covered Apple’s last event in September, “Time Flies” focused on the launch of iPhone 12 range which was later released in October due to Covid-19 related delays. Let us discuss some of the key takeaways from the Spring Loaded event from April 20.

After much excitement, Apple finally released its AirTag item trackers along with the user-replaceable batteries. AirTags is a product quite similar to Tile and will allow you to keep track of the items you care about and keep closer to you. No points for guessing, Apple uses the Find My App to help you find these items. AirTags will be available at a price of $35 per piece and a four pack available for $119, you can purchase these AirTags starting from April 30.

Last year, Apple indicated that it wants to compete in the podcast market and now we finally see Apple’s plan for an innovative podcast subscription service that will enable users to access extra benefits like ad-free listening and prior access to latest episodes. As per reports, it will be rolled out in May included in Apple’s Podcasts app where you can find free podcasts too. Apple will redesign the app to make it engaging for the users. Tim Cook also noted that this service will be the biggest change to Apple Podcasts since its inception.

Apple launched a new refresh to the popular Apple TV 4K which will now be powered by Apple’s A12 Bionic chip and will be able to play HDR and high frame videos. The remote control has also been redesigned to match the new design of the Apple TV and has adopted a five-way clickpad and scroll wheel just like the old iPod. This will also include a Siri button on the side so users can talk to their TV easily. The price of the new Apple TV will be around $199 and you can also purchase a new remote separately which can work effectively with your Apple TV HD from 2017-2018. It will be interesting to know if Apple TV users will be tempted to buy the latest version or keep using the older version of Apple TV. However, for first time users, we would recommend you to buy the new Apple TV 4K which you can purchase from the coming month.

The newly designed iMac is extremely compact when compared to the previous version and quite thin which is due to the inclusion of Apple’s M1 chip launched last year and being used in the latest Macbooks. As per the Senior VP of Marketing at Apple, it is the first time that a Mac has been specially designed around the M1 chip to make it look stunning and compact at the same time along with improving its functionality and power.

The new design has a 1080p FaceTime HD camera, studio level microphones and a six speaker sound system. Moreover, it also has a Touch ID for the first time allowing users to log in with their fingerprints the way they do on their smartphones. Of course, the new design comes with a number of new colors resembling Apple’s bright Macs from the early 90’s. You will be able to purchase the latest Macs from April 30 with prices quoted at $1499.

One more major product released in the Spring Loaded event was the latest iPad Pros which also includes the same M1 chip that will be used in the latest iMacs. The all new iPad Pros will have 5G support on all cellular devices and an enhanced storage capacity of upto 2TB along with an improved camera. This new 11 inch model will come at $900 and the 12.9 inch model will be available at $1299 and can be pre-booked from April 30.

We hope that you are excited to witness the latest additions to the Apple family in the coming month and we believe Apple will launch iOS 14.5 in the WWDC in June. This year, we will also see the launch of the rumoured iPhone 13 in September which will be exciting to watch. If you think we missed out any recent developments from the Apple event, then you can let us know in the comments below.