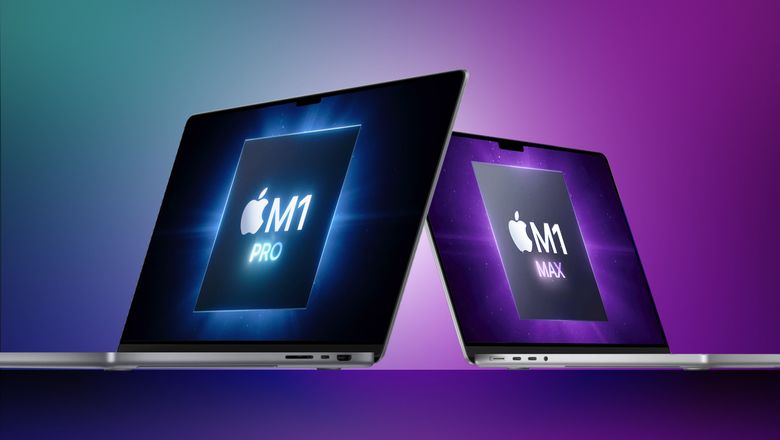 The MacBook Pro 14-inch is one of the smaller MacBook Pros that Apple recently launched and now it comes with a choice of the M1 Pro and M1 Max. The M1 Pro and M1 Max are the most impressive Apple chips till now. Recently, we wrote a post on the future of laptop technology which covered the major recent laptop trends revealed at the CES 2021.

What Apple created here is simply the best laptop for designers and filmmakers. In the past, users have heavily criticized Apple for putting design over functionality despite users’ wishes which led to previous Macbooks coming with a paltry amount of ports so that they could be thin and lightweight. The good news is that Apple has not just listened to the customers but also followed their feedback. There is some good news that MacBook Pro 14-inch has a range of ports, providing three Thunderbolt 4 ports, one HDMI port, an SDXC card slot, and a MagSafe 3 port for charging. Let us dive into the details and take a closer look at the beauty that the new MacBook Pro is. The new MacBook Pro 14-inch has got a major redesign in years and Apple received rave reviews from excited users. A prominent upgrade is a 14.2-inch screen compared to the previous screen size of 13.3-inch in the Macbook 2020 model. If the 13-inch Macbook is too small for you and the 16-inch might be too big, then the 14-inch Macbook might be the answer to your problems.

Along with the increase in screen size, the resolution has been increased from 2,560 x 1,600 to 3,024 x 1,964, which improves the pixel density from 227 pixels per inch (PPI) to 254 PPI. The bezels near the screen have been reduced in size which offers a modern look and lets you focus on the beautiful screen. This means Apple has successfully offered a larger screen without increasing the size of MacBook Pro.

The dimensions of the Macbook have increased from 11.97 x 8.36 . 0.61 inches to 12.31 x 8.71 x 0.61 which is not a lot. Along with the slimmed bezels, Apple has introduced the most controversial design element – the ‘notch’ around the webcam. Apple is yet to divulge information about the use of the notch. The new MacBook Pros will not support Face ID similar to iPhones which enables the users to log in by face scanning.

Another important feature is that the Touch Bar does not run along the top of the keyboard. Apple introduced a thin display in 2016 by replacing the physical keys. It had interactive buttons and it was not very popular among the users who found it controversial. The rest of the keyboard is pretty much the same as the Magic Keyboard available in previous MacBook models.

The M1 Pro has a dual-chip architecture that backs 32GB of unified memory, along with a bandwidth of 200GB/s. It is almost thrice the bandwidth of the M1. The CPU is packed with eight high-performance cores and two high-efficiency cores. The M1 Pro will switch between the two depending on your tasks. You can also opt for a version of the M1 Pro with a total of eight cores. The cheaper model of the MacBook Pro 14-inch can have six performance and two efficiency cores with a 14-core GPU.

If price is not an issue or you have some really demanding apps to work on, then you must go with the M1 Max model. It is made up of 57 billion transistors and has twice the amount of memory compared to the M1 Pro. It is important to note that the M1 Max comes with the same 10-core processor as the M1 Pro, but you will see other advantages. When you compare the graphical performance, the M1 Max has 32 cores, which is double the number of cores than the M1 Pro. The MacBook Pro 14-inch also has one of the best display screens available in the market which is worth all your money. The webcam and microphone is extremely crucial these days as most users are making video calls or attending Zoom meetings for work or study. Hence, an improvement in this area is a breath of fresh air from Apple. Finally, Apple comes with a 1080p webcam on a MacBook, which is a major boost from the 720p hardware that Apple used to offer. Apart from that, this webcam uses a lens with a wider aperture that allows more light to avoid any background noise.

The camera provides a far improved low-light performance so no need for fancy lights. The inclusion of Face ID would have been a great addition to the MacBook Pro 14-inch. However, the webcam quality is much better in video calls.

When you think about recording audio, Apple has included the ‘studio-quality’ microphones in the MacBook Pro 14-inch. It is quite an overhaul from the MacBook Pro 16-inch (2019) model, which was quite impressive in its own way. It is a three mic array with an improved signal-to-noise ratio with terrific sound clarity. It does a wonderful job for video calls and meetings. According to Apple, it will also be great for recording podcasts and videos.

When Apple introduced the MacBook Pro 13-inch (M1 chip in 2020), it revealed that it had the longest battery life in a MacBook, and the MacBook Pro 14-inch can beat its predecessor by seven long hours. It is beyond incredible and Apple is making the users happier than ever with superior enhancements in MacBook Pro.

Apple claims that the MacBook Pro 14-inch can give you about 17 hours of playback time when watching videos, and 11 hours of wireless web browsing. Ideally speaking, you would get anywhere around 15.5 to 16 hours which is still 60 percent more than MacBook Pro (M1, 2020).

The increase in battery life is great considering how powerful the MacBook is. Apple has gone all out to improve the efficiency of the M1 Pro and M1 Max chips. It means you can work for the whole day and still have battery left to watch a movie at night. The effect on performance is minimal when the MacBook is unplugged. So you can really work on heavy assignments without running out of battery. At this time, even the best Windows laptops cannot come close to this beast.

The power adapter in the latest MacBook Pro 14-inch can charge the battery to 50% in about 30 minutes. So when you first use the MacBook, the battery will quickly charge back up to 100%.

The MacBook Pro 14-inch is a power-packed laptop in terms of design and performance. It is made exclusively for creative professionals. This means this is going to be one of the most expensive laptops by Apple.

It is a great amount of money even for an Apple fan. So you really need to justify the use if you are spending that much money. If not, you can still get a powerful MacBook Pro 13-inch (M1, 2020). It is well priced at $1,299 for the 256GB SSD and 8GB RAM. For most users, it will be a more realistic MacBook to opt for, providing you with the required power. For users who are looking to go all-out, the MacBook Pro 14-inch has everything you need.