Reading Time: 5 minutes
The Daily Blog Point / Apple  / Everything you need to know about the rumoured iPhone 12
0 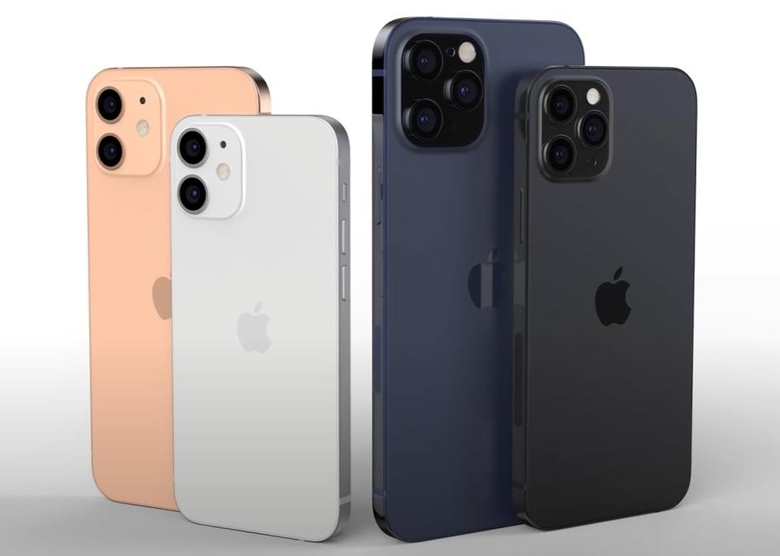 It is easy to say 2020 has been a nightmare year for humans all around the world. At the same time, it has been a prolific year for new phones, cameras and gaming consoles. We are still in September and an exciting range of products have been launched or announced, including Samsung Galaxy Z Fold 2, Microsoft Surface Duo and Motorola Razr 2. We are in that time of the year when Apple announces their latest offering in terms of a new iPhone, iPad and Apple Watch. Today, Apple has announced a special online event “Time Flies” on September 15, 2020. This event will most likely cover the launch of a new iPad and Apple Watch which we will definitely cover next week.

We are probably just weeks away from Apple unveiling its 2020 iPhones and rumours suggest that there are major changes waiting to happen this year. It is suggested that a number of new features like high refresh rate display and lidar along with 5G support.

If you have been using the first generation iPhone SE or iPhone 5s because of its great design, the latest iPhones might be the ones for you. There have been many rumours floating around that the iPhone 12 will sport squared off edges instead of rounded edges. And all going well, iPhone 12 will come with 5G support which will hook you up for faster data speeds and great display.

All the trusted sources of Apple rumors seem to agree that in 2020, Apple will announce four new phones instead of three iPhone models like last three years.

The 2020 series of iPhones will boast a revamped design with a metal frame, much similar to the metal frame of the iPhone 4 and the beloved iPhone 5s. As per Apple Analyst Ming-Chi Kuo, the 2020 iPhones will have a more complex design and new trenching and injection molding procedures.

The new iPhone will feature a square-edged stainless steel frame, set to replace the current rounded edges and it will still use the front and back glass for the body. Apple is said to use sapphire or tempered glass to secure the grooves in the frame.

The 2020 iPhones are anticipated to be the first in line to support 5G cellular networks. This clearly states that iPhone 12 will be able to take advantage of faster data speeds. However, this completely depends on the 5G coverage in your location and the version of your next iPhone.

In January 2020, Ming Chi Kuo stated that all new iPhone models will support both sub-6GHz and a mmWave 5G. However, this week even Kuo advised about the 5G plans for iPhone 12 stating the shipments of mmWave 5G iPhones would be lower than expected. Hence, it is definitely not clear as to how many new iPhone models will have 5G support.

Like we said, this year Apple has postponed the launch of iPhone 12 by a few weeks and instead hosting a special event next week for iPad and Apple Watch. Apple hasn’t shared any details about this event and whether iPhone 12 will be launched next week. As usual, don’t worry if you miss out the “Time Flies” event as we will do a piece next week. Last year, the iPhone 11 was launched at $699 so this year we are hoping that iPhone 12 should be in the range of $599 to $699. However, reports suggest that low-end iPhone may not support 5G and lidar technology. Only time will tell. If you have any updates about the launch of iPhone 12, you can let us know in the comments section.