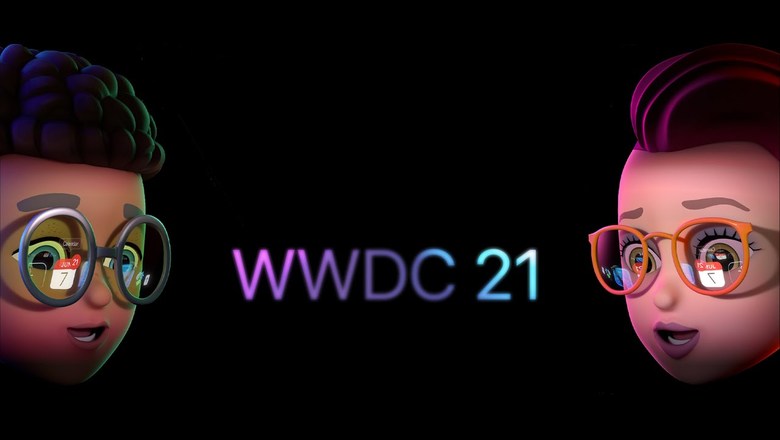 On Monday, Apple announced various upgrades to its operating systems like iOS 15. Additionally, Apple also released MacOS Monterey which was earlier known as MacOS 12 along with iPadOS 15 and WatchOS 8. There was no mention of the rumoured HomeOS which was likely to be included in this year’s upgrades. Starting from June 7, developer betas of all Apple OS systems were available for the developer community and the general public will be able to get their hands on it this fall.

Apple CEO Tim Cook at Apple’s keynote address launched some interesting updates on existing products like iMessage, FaceTime and Apple Maps along with updates to AirPods and Siri. This year’s virtual conference is held from June 7 to June 11, so we are here to talk about the biggest announcements from June 7 of WWDC 2021.

The latest feature on iOS 15 allows you to set up multiple availability modes when working on your business or other activities. It is focussed on reducing the number of notifications you receive throughout the day and only show you what you need. It reorganizes the home screen with the applications important for you. In that case, your friends and contacts will always see a do not disturb sign when they try to get in touch with you. Moreover, notifications have now been redesigned with larger icons and promote news in a larger preview. In Apple Messages, the Apple Music playlists and Apple News are also getting a revamped preview in Messages.

The Apple camera app will get OCR features like Live Text which enables you to point the camera at any text and let you copy and paste it like on a computer or a mobile. The camera will be able to recognise all the objects and people in the picture. The Weather app is getting a makeover which displays more current weather conditions and access to weather maps for air quality and precipitation.

Enhanced multitasking is the greatest aspect coming to iPadOS in 2021. By tapping the three-dotted element at the top of an application will display various windowing options. If you select the split view option, the application will slide over to allow you to select a second app from your home screen. There is a new shelf that allows you to open applications at a glance and drag to make a split view pairing. Apple has developed a new suite for keyboard shortcuts for all the windowing options.

Movable widgets and the application library are introduced to the iPad when iPhone users have been using it for a year now. If you use an Apple stylus, you will be easily able to swipe from the bottom right to open a Quick Note and write anything to note down. Moreover, Apple Translate app is now finally coming to iPad with a brand new Auto Translate mode that detects which language they are speaking without holding too many buttons.

Safari has got a new revamped design that moves the tab bar right next to the toolbar so there is ample vertical space. Moreover, if you are finding yourself with tabs that are open all the time then you can set up tab groups in a left side menu that live separately from the active tabs on top. Shortcuts is simply an Automator with a redesigned interface and name. So, you can set up scripts to create GIFs, rename files and any other menial computing task. Shortcuts will be finally added to Finder with Spotlight and Siri and there is also a create GIF shortcut right in the Finder.

Universal Control is a new addition to Continuity that allows you to use a single mouse to control both the Mac and iPad. You simply have to point your devices next to one another. Airplay to Mac allows Airplay to your Mac and you can simply drag and drop video and photos with ease.

watchOS 8’s largest update will enable you to respond to messages in a novel and interesting way. Firstly, you can scribble text onto your watch to input text. You can also access the new photos app interface on your Apple Watch to share images through Mail and MEssages from their Watch itself. The recently introduced GIF support also enables users to send GIFs through Messages right from their wrists. The Breath app has an interesting interface with the latest Mindfulness application that is developed for your relaxation. The Portrait watch face enables you to use any photo taken with the iPhone’s portrait mode. The new watch face enables you to choose how and which text to be overlaid over or behind the picture.

FaceTime is getting many major updates including spatial audio, grid view and ability to share music and video on a call. Spatial Audio allows video calls to be more natural by making it sound like the voice is coming from where the person is on the screen. The latest Grid Video allows calls with a major group of people and makes it manageable too. Now, instead of floating squares of different sizes, you can get a consistent grid.

It is now possible to blur your background with the Portrait mode. Improved voice isolation is now available on FaceTime so you can cut out the background noise too. SharePlay will enable you to share Apple Music and videos on your FaceTime calls. The major update in FaceTime is the ability to share video call links with Android and Windows users and allow users to join over the web.

Apple has included privacy and is now adding new layers in Safari and Mail. Safari Tracking Prevention will now hide your IP address while browsing. Last but not the least, Siri on device speech recognition makes sure all audio processing is done on device. iCloud+ is just like your iCloud with more and improved features without any added cost. iCloud+ has Private Relay which is similar to a VPN but not completely the same. It is simply a service that looks to prevent anyone from viewing who you are and what you are watching.

These are the major updates from the first day of WWDC 2021 from Apple and we hope that you have got a sense of what’s in store for you this fall if you are an Apple user. Along with that, iPhone app development will witness some changes too and we are eager to work on iOS 15. If you think we have missed any major update from June 7, please let us know in the comments below and watch out this space for more updates.