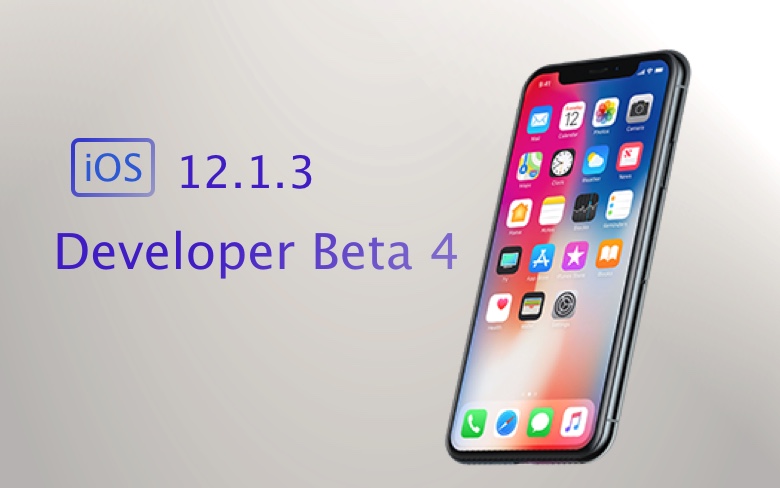 All these updates are being brought in place so that the developers are allowed to get started with creating some amazing software. There were some issues earlier that have been fixed with the iOS 12.1.3 beta 4 update. Some of these changes include quality of audio in iPad Pro models, regular heart rate, and VoiceOver issue with ECG.

There are only major mentions in the surface release. It was quite obvious that Apple was planning to fix all the minor bug fixes with the introduction of the new beta 4 update, which were already present in beta 3. If you are downloading this update, knowingly or unknowingly, you are filling the gaps that have been caused in the beta 3 version. It doesn’t really paint a clear picture. There are several bug fixes and security patches that need to be done with each beta release in iOS app development, even if those are not mentioned in the release notes.

Here are the two fixes that Apple thought would be the best thing for the testers:

Whenever a new Apple update is announced, it becomes quite obvious that it will be bigger than what is told to you. At the time when Apple launched the iOS 12.1 update, the users were completely surprised with the new additions to the existing emoji list. Apart from that, in this update Apple also announced the dual sim possibility for its users. This shows that we can expect more from Apple with every update, whenever one is announced. iOS app development brings in many changes from time to time.

In order to update your iPhone to iOS 12.1.3 public beta 4, you will have to have a valid public beta configuration profile from Apple. If, after that you have iOS 12’s “Automatic Updates” enabled on your phone, then you can allow the software update to be done overnight. To download the beta right now, you can open Settings. Select General, and then click on Software Update. Tap Download and Install and then follow the prompts that will be shown on-screen.

In order to update your iPhone to iOS 12.1.3 developer beta 4, you will be required to be a registered developer with a valid configuration profile. If you have iOS 12’s “Automatic Updates” enabled already, the software can be easily updated overnight. To install now you can launch the Settings app. Then select General, and then click on Software Update. Then tap on Download and Install and follow the prompts available on-screen.

As an overall update, the 12.1.3 is a pretty minor one for the iOS users. It actually feels like an extension of iOS 12.1.2. The major change that the users have noticed in the couple of recent iOS update cycles is in the eSIM fixes for its new smartphone arrivals like the iPhone XS, XS Max, and XR. Old iPhone users won’t really be affected. New iPhone users who are willing to take advantage of this new technology would actually be excited to see how it turns out to be, as mobile networks continue to add more support for dual SIM capabilities.

For iOS users and even an iOS app development agency, this update seems to bring some very small changes. It actually feels more like an extension to the iOS 12 update. Users have already witnessed a lot of big changes in the previous updates. That actually applies only to the new iPhone users and not the old ones.