Reading Time: 7 minutes
The Daily Blog Point / Android  / A Comparison Between Android and iOS for the Most Secure Platform in 2019
0 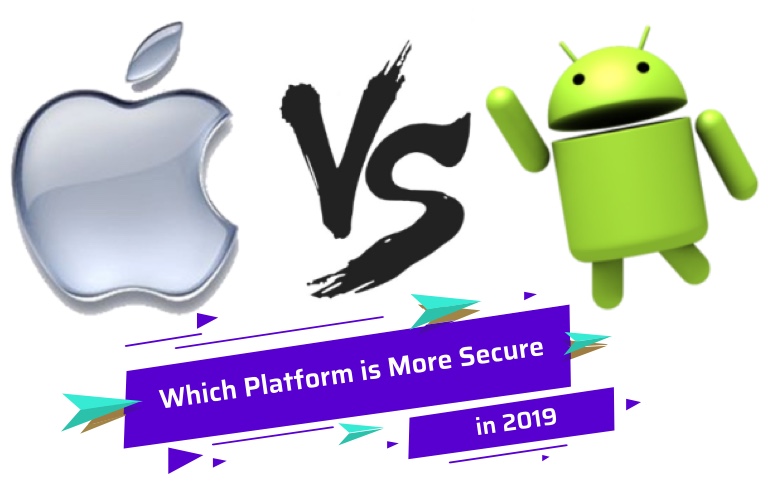 There was a time when cybercriminals majorly focused on laptop and desktop computers for attacking. Times have changed now. Now cybercriminals have started targeting smartphones and tablets. With that in mind, people often have the question of mobile operating system is more secure, Android or iOS?

More and more consumers are using their smartphones for banking, social media, and making online purchases. Cybercriminals have now started aiming their virus and malware attacks on Apple and Android devices. The iOS and Android operating systems have become tempting targets for accessing some of the most personal information of users.

Safety is the major concern of any user, be it for Android or iOS. iOS and Android app development companies need to develop apps that are hard to crack. But if you are to make a choice, what will you choose?

The Level of Threat

Apple’s iOS operating system is considered to be the more secure of the two operating systems. The reason is because it is a closed system. Apple never releases its source code to app developers. The owners of iPhones and iPads are not allowed to modify the code on their phones themselves. This is why it is difficult for hackers to find vulnerabilities on iOS devices.

Android devices are the opposite. They rely on an open-source code. The owners of these devices can play around with their device’s operating systems. Too much playing around can create a weakness in the devices’ security. Android is a frequent target for hackers. It is a more attractive target because it is also the globally popular operating system. Android devices are more at risk.

You must always upgrade your mobile devices with the latest version of the Android OS. Android releases the updates quite regularly. These updates are designed in a way that they can help you protect your Android devices against any security threat. If you ignore these updates, you end up putting your device at risk.

Apple’s iOS updates are big events. They prompt the users to install them as soon as they are released. The owners of both Android and iOS devices can easily turn on automatic updates. So whenever an update is released, the device can automatically update to the latest versions.

Staying Safe on Android and iOS

Android is attractive because it offers an operating system that is more open. So you need to be more cautious. But you also have to be cautious with iOS.

Only use Google Play store for downloading Android apps. There is literally no reason to download Android apps from any other place. The same advice applies for iOS. Apple App Store is the best store to go to.

From the article above, it might be clear to you which operating system is a safer option for you. In case you are still not sure, you can get in touch with Android and iOS app development companies to help you understand this problem better.