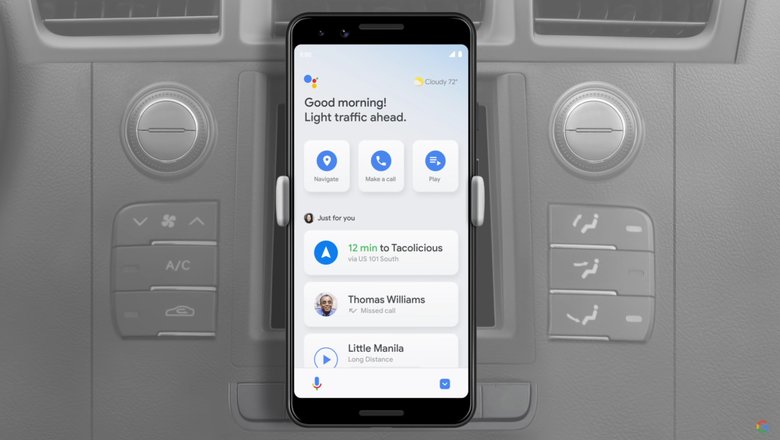 Google’s aspirations in the car forced a redesign of the Android Auto a couple of years ago. The service did receive a fairly positive response from developers and users. But, the version of Android Auto was supposed to be shut down in 2019 and has been on life support since then. The issue is that the service has now stopped working for most users. The rightly named “Android Auto for Phone Screens” was introduced in 2019 due to a delay in Google Assistant Driving Mode. That feature, which was redesigned in 2020 was meant to replace the experience on smartphones. When it was launched, Google named it “Stopgap” for users who required an in-car experience but lacked a vehicle compatible with Android Auto.

Google is shutting down Android Auto and it is not the Android Auto that you think. Basically, Google is planning to kill Android Auto for smartphone screens. It was an Android Auto section for users who didn’t have compatible cars with this service. As per 9to5Google, it is confirmed that Google is shutting down the service. Moreover, XDA Developers discovered a shutdown message in the application. It sent users to a new Google car solution for smartphones: “Google Assistant driving mode”. There are multiple Google projects with a similar name, so don’t be bemused.

What is Android Auto?

Android Auto is an app for smartphones used for driving assistance with Google Maps. It was launched in 2019 and but now is being replaced by Driving Mode bundled into Google Assistant and Google Maps in Android 12. It proves that Android Auto will now be designated for car infotainment systems only. People using their phone will have to use Driving Mode in Google Maps.

When people hear “Android Auto”, they think about a projected car interface similar to Apple’s CarPlay. The interface loads a custom Google UI onto a car’s infotainment screen. All you need is an Android smartphone and a compatible car. Club these two together, and the interface starts working. Android Auto works is not going anywhere but just getting a major upgrade.

Basically, there are four main car-computing solutions from Google:

Similar to Android Auto for smartphones, the Driving mode is simply a “bigger buttons” interface. It comes with a bigger bar at the bottom of the screen with quick access to the microphone, maps and a car app drawer. Click on the app drawer and you will see media applications, along with buttons for “calls” and “Messages”. It shows a bigger-than-normal contact list along with suggested UI for “media”. The most important feature is that it will read notifications to you when you are driving.

Driving mode is actually difficult to launch or discover. It is not an application so you cannot download it. It is a part of the Google Assistant, so it has to be displayed on your smartphone. To allow it, you have to move to the Google Maps settings, then click “navigation settings”, then “Google Assistant settings”. Two things can happen from here, your phone will launch a long list of  Google  Assistant settings. Or it will launch a “driving mode” screen where you can allow this feature. You must remember that you haven’t yet launched the driving mode. By launching driving mode, you will automatically open in Google Maps and start navigating. Moreover, you will have to keep the phone in portrait mode.

We think that people will start noticing advertisement pop-ups to allow Assistant driving mode. You will not need to go deep into the settings. It means that the users just hit that “OK” button and the feature will start working with Google Maps. It would solve the problem for users who always forget to open their phones. Let us know what you think about Android Auto for phone screens shut down? Write to us in the comments about your favourite Android features.