Reading Time: 6 minutes
The Daily Blog Point / Android  / On Developing an App Like Android Go and How it is Different from Regular Android
0 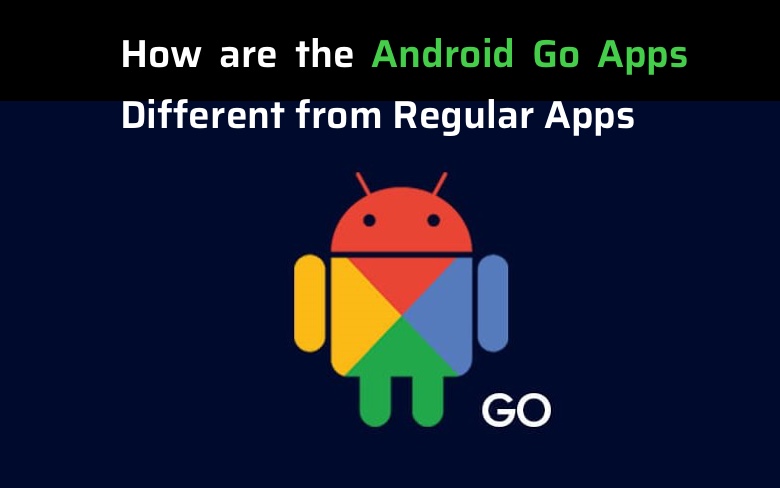 At the I/O Conference in 2017 Google had made an official announcement introducing Android Go. Android Go is an app that would run easily on low-budget Android devices. Google launched the Android Go in order to target the common users.

A Little About Android Go

The Android Go is a lighter version of the Android Operating System that was released by Google. It is released with the aim to run the OS successfully on entry-level phones. This is a great step by Google in order to expand its mobile app business.

Android Go helps by making the Google based apps occupy very little storage space. This is a good thing for devices that have low RAM size. Even the preinstalled apps, with the help of Android Go, will consume less data and space. At the time of launching the Android Go, Google has focused on three major areas which are: the Play Store, the Apps and the Operating System.

Difference between Android and Android Go

Google Go is simple and lighter, which makes it much easier to install. The most important part is that the app size. It is only about 12 MB, while the regular Google takes up around 166 MB of space. This saves a lot of time while downloading or updating the app. It includes all the important features like voice search, Google Translate, Maps etc.

It is convenient for people with low-priced smartphones to check and reply using the same device. Gmail Go performs the same function as a normal Gmail app. The Gmail Go has a file size of about 24.8 MB. The regular Gmail app takes 77MB of RAM. The interface of the Go version remains the same. There are same features including the swipe gestures.

The APK size (Android Package Kit) of the Google Go Map is merely 0.009 MB. While the normal Google Maps is 48 MB. There is definitely a massive difference between the sizes of these two apps.

The facility of real-time location sharing is one of the most common features shared by both the apps. Though Google Go Maps does not offer the benefit of navigation. In order to find out the right direction, you have to install another app called Navigation for Google Maps Go. This is something Android app development companies will have to keep in mind while developing apps that need integration with Google Maps.

But it offers information about the traffic condition that can help you in planning your journey depending on the traffic movements. The Go version consumes 3.5 MB compared to the 183 MB for regular Google Maps.

Google has brought a light variant of the YouTube which is known as YouTube Go. The main focus of YouTube Go is to save the data and storage of the user. You can see this when you tap on a video. It does not contain many features. There are several channels that cannot be subscribed. The downloaded videos can be shared with your nearby friends. It takes less space about 29 MB, compared to the YouTube app that takes up 122MB.

The Google Assistant Go is actually a new app. The Google Assistant’s Artificial Intelligence (AI) supports the lighter version. There are a few features that are obviously absent in the Go variant. But it still has a good performance.

The file size of the standard version is around 800 KB. It is small but also depends on the Google search of any device. The Google Assistant Go takes up to 17.47 MB once installed.

The functionality of the Artificial Intelligence is pretty much similar to the regular app. It is slightly more customized according to the region. The features that are not available in the Go version are control for the smart home devices, reminders etc. There won’t be any problems as such.

Android Go, the slimmed down version of Android operating system is for low-cost devices. The prime focus is to keep the data secure and also provide more free space in order for the device to function better. Android app development firm have taken a note of the new slimmed down version and have started working on developing apps that are lighter editions of the original apps. Share your views and keep reading Nimblechapps.