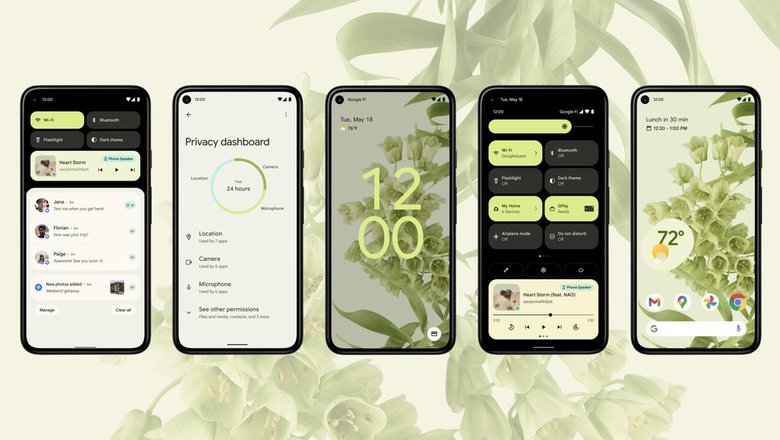 Android has been the world’s most commonly used operating system active on more than 3 billion devices around the world. Due to that, the smallest of changes can actually impact millions of smartphone users at a given point in time. And in the manner that Android updates are often delivered, it is arguable if these changes will make a huge difference. Having said that, Android 12 is definitely termed as the biggest transformation of the operating system in the last decade and as we inch closer to the launch of the second public beta, it means we are finally able to determine how the final product will look like.

According to reports, it is still a beta software and there is no confirmation of the final date yet so there can be some changes before we finally see a public version of Android 12. As of now, here is everything that you need to know about Android 12 and what to expect in the coming months.

Everything you need to know about Android 12 features

Android 12 Beta 1 is the official release from Google and it is as close to the public version as it can, which makes it easy for us to know what to expect based on Developer Previews.

Material You is one of the most significant developments on Android 12. In the previous versions, it was known as Material NEXT and now Material You is the latest version of Material Design. The design language will not be restricted to Android and will be available around a large number of Google services. However, for Android, it has been a good development to the Operating System in recent years. This is due to the acute focus on color and customization where users can choose their colors, contrast, element sizes and more. Along with Material You, there is a novel wallpaper based UX theme engine coming to Android 12. This feature was earlier spilled as “monet”, a result of the hard work on RRO and OMS on the Android platform. Now, Android 12 simply selects a set of coordinated color palettes across the system UI depending on the vibrant colors from your phone’s current wallpaper. It will be interesting to note that these colors will apply evenly across elements like the lockscreen, quick settings, notifications panel and even recently introduced adaptive widgets.

Google has always given importance to Privacy and that is evident even in Android 12’s Privacy Dashboard and other relevant updates. This dashboard will reflect a timeline of when applications will access the camera, microphone or location on your phone. Android 12 will also display other indications to notify the user if the camera or microphone is switched on. For applications that need your location, Android 12 will provide your approximate location and not your exact location. Moreover, there will be new changes in Quick Settings where you can simply disable the camera or microphone with a single tap. The Quick Settings changes will initially be on the Pixel smartphones only and later rolled out to other Android powered smartphones.

Android 12’s latest feature App Hibernation enables you to place your applications in a hibernation mode if they are not being used. This will allow your phone to optimize storage and permissions will be changed. Users will be able to change the settings to active or hibernate by using the toggle menu in the “Quick Settings” menu.

This feature will ensure that your personal information is secured from AI-driven elements including Live Caption, Now Playing and Smart Reply. The Private Computer Core is a secure segmentation within the OS just like the ones used in biometric data and password protection. Moreover, the sensitive audio and language processing for the above mentioned features will be restricted to your device only.

Unlock Your Car From Your Smartphone

Google divulged the information that they are collaborating with various smartphone manufacturers to draw an industry-wide standard to ensure safe unlocking of your car using the smartphone. The car key functionality will work on the principles of NFC to open your car through a smartphone. The latest Samsung Galaxy series phones will be able to unlock the car (with a virtual car key) without even taking the phone out of the pocket and allow for easy sharing with friends and family.

What are the Hidden Features of Android 12?

Google has decided to refurbish the widgets by updating the Widgets API to improve the user experience throughout the platform. There will be a consistency in terms of the use of Google Sans font, flat icons and stunning color palettes which offer an artistic look. Moreover, the widgets will get a chance to control how you interact with radio buttons, checkboxes and switches without tapping into the application. The new API will also include support for dynamic coloring which will be an extension of the Material You theme engine.

There are rumours doing rounds that Android 12 will bring back some of the older features like one-handed mode and rolling screenshot. These have been a common feature on all Samsung phones in the past. Apart from that, there is a rumour that Pixel users might get a facial screen rotation function to keep the screen pointing the right direction even when you are not facing down.

App Shortcuts have long since been a part of the Android ecosystem enabling users to perform popular functions when they hold an app icon. But in Android 12, Google has planned to introduce new APIs for Shortcuts that will enable users to find all relevant queries about the app linked to Google Assistant. Apart from that, Google is planning to introduce Android Shortcuts known as dynamic shortcuts which will be designed just for Google Assistant.

In the last couple of weeks, there have been multiple mentions of a “letterbox” like feature planned by Google. Simply put, the “letterbox” feature is just another way of putting applications into a new window and they will feature adjustable rounded corners and dynamic background color. There is not much out there on the internet about the “letterbox” feature and we are excited to know more about it too in the coming months.

Which phones are supported?

Google revealed in September 2020 that the 2021 Android release will be called Android 12 or Snow Cone. The idea is to make things formal and as a part of that, on June 9, 2021, the public beta 2 version has been released. It will be available for the public in fall 2021 according to reports. We will cover the public event and review the features added to the public version again.

It is no coincidence that the Android 12 beta version has the best design changes for Android in a long time. That is because the last two Android updates had been quite similar in the design aspect. To see a different design, you would have to go back three or four years and that is one of the primary reasons why Android 12 is being talked about a lot and there is an excitement building around the release of the latest version soon. Are you excited about Android 12 ? Let us know in the comments what makes you excited about the upcoming Android release.