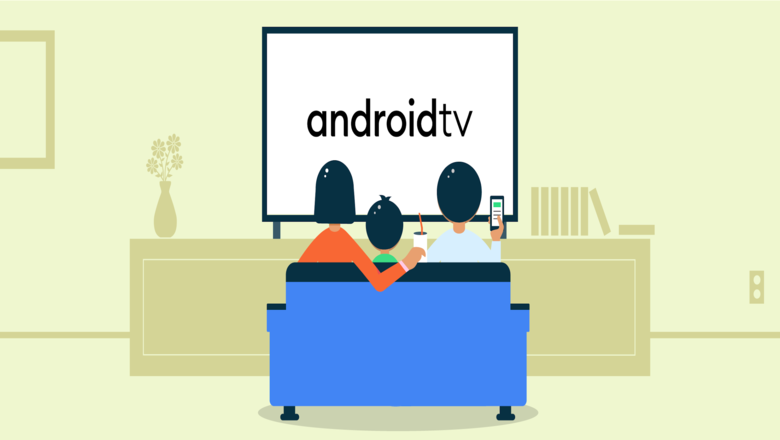 When Google introduced an improved overlay for TV last year, it pledged to bring a modern interface to Chromecast and upcoming smart devices. It also caused a lot of confusion around the Android TV operating system which supports hundreds of models of TV sets, streaming sticks and more. The older devices did not get the latest Google TV interface but the company began to roll out certain updates that made Android TV look quite similar to the new layout along with a refreshed appearance and a Discover tab.

Now, Google is introducing novel tools to Android TV to make the look and feel similar to Google TV including the Watchlist, recommendation tuning and detail pages. Once this update is live, you can now include titles to your watchlist in the Android TV system by long-pressing the selection and clicking “Add to Watchlist” or pressing the Watchlist option in the detail section. You can also include the list from your phone or laptop through Google search or in the TV app. All the saved items will come up in a row on the Discover tab.

Android 12 has brought monumental changes to smartphones as we have seen in our previous post during Android 12 release. But, Android TV and Google TV are well known in the technology industry for offering most system updates.In Android TV 12 Beta 3 version, there are various minor updates to Google TV and Android. Let us discuss the things that we found.

Android TV experience is enhanced due to a seamless media playback. Around the world and more importantly in the U.S, the users are spending more than four hours a day watching media on TV and are expecting the highest resolution possible. Here’s a list of updated features in Android 12 TV.

For a seamless user experience, Android 12 TV supports seamless and non-seamless refresh rate switching. Applications can now incorporate these settings for playback of content at optimal frame rates and resolutions. The Match Content Frame Rate user setting has been included to enable users to control this feature and applications and call Display.getMode to know if a user’s device supports seamless rate switching.

Android is working on enhancing how TV devices report display modes and making hotplugging behavior consistent. Android app developers no longer have to use workarounds to detect display modes or for handling HDMI hotplug events. Updates to Android’s tunnel mode are making it simpler for application developers to offer consistent and effective playback across multiple devices by reducing media processing overhead in the Android Framework. 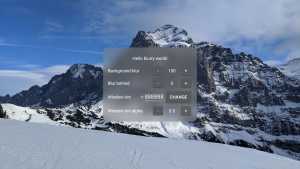 An exceptional media experience requires an equally stunning user interface to match. Android TV offers two new additions to the UI that assist developers to offer a richer visual experience on high performance devices. Background blur is a perfect example of RenderEffect and WindowManager can now be utilised to easily improve the visual separation of multiple UI layers.

For emphasized visual features, Android TV Operating System now officially supports UI rendering at 4k resolution on compatible devices. It is now possible to test 4K UI resolution in the new Android 12 emulator for TV to enable app developers to prepare their app for devices with a better resolution.

In the Android 12 update, the company will continue to focus on providing users more transparency and control and at the same time keeping their data and devices secure. The Beta 3 version for TV also has the latest privacy features from the general Android framework. For example, users will be able to see the applications accessing their microphone or camera by providing an indicator on the TV screen. For improved visibility of app accesses to microphone and camera, users can check their privacy settings on the TV. 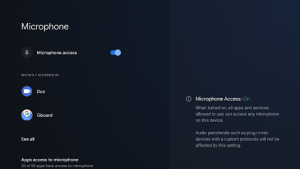 Two global privacy settings are now available enabling the user to easily toggle access to the microphone or camera. As soon as the toggles are disabled, applications will not be able to access microphone audio and camera video. To make sure that your app is running smoothly on authentic hardware, the Android KeyStore API has been improved. Now, it provides extended support for basic device properties.

As of now, the Android 12 Beta 3 release for TV is available for ADT-3 devices already. Now, users will be able to use the preview version of the Android 12 emulator to test and build applications. Android feels that this will assist developers to test their Android TV app implementations for the next-gen devices. It is best to check out the Android TV OS developers page for more information.

Looking at the announcements made by Google, they are planning to introduce privacy changes present in Android 12 to TVs. As we have discussed above, it will include microphone/camera toggles when applications access these sensors. Similar to the Google TV icon, Android TV 12 will have a green icon at the top of the screen. Moreover, toggles will also be included in the Settings menu to disable microphone and camera access for all applications. Currently, these changes are available in Android TV 12 Beta 3 is available for the ADT-3 devices. We are excited about the Android 12 update for Android TVs, are you excited too? Share your thoughts in the comments below.